A shepherd works in obscurity, even though he's the rightful heir to the kingdom of Sidon. When he is found, he must decide: is royal duty greater than love?

NEC's Opera Studies Department presents Mozart's Il re pastore, recorded in Jordan Hall with accompaniment by the NEC Philharmonia. Wolfgang Amadeus Mozart composed the opera in 1775 to an Italian libretto by Metastasio.

The performance will air four times only:

Edited for the Neue Mozart-Ausgabe by Pierluigi Petrobelli and Wolfgang Rehm. Used by arrangement with European-American Music Distributors Company, U.S. and Canadian agent for Baerenreiter-Verlag, publisher and copyright owner. 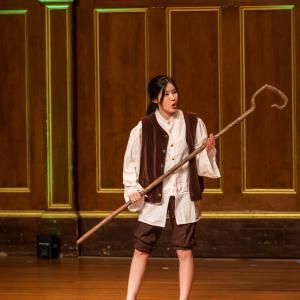