Grow Your Art: A Music & Business Residency with Maria Schneider

Presented by NEC Jazz & Entrepreneurial Musicianship, this residency features Maria Schneider performing with the students of NEC Jazz, and masterclasses, workshops, and panel discussions on music business and entrepreneurship — all are open to the public virtually this year (see schedule below). The residency kicks off with a Pitch Competition offering NEC Students and Alumni the opportunity to win funding for their creative work.

The Grow Your Art Pitch Competition is open to all NEC Student & Alumni within 10 years of graduation. This competitive application process is modeled on real-world grants, and students/alumni have access to coaching from the EM Team throughout the application process. Applicants have the chance to win up to $7,500 (1st Prize: $7,500; 2nd Prize: $3,000, 3rd Prize: $1,000) for individuals / ensembles to develop the business side of their musicianship. New and existing projects and ventures are welcome.

Written applications will be reviewed by a panel of NEC Faculty, Staff, and industry professionals, and evaluated based on the following criteria:

Apply for the Grow Your Art Project Grant

Review the eligibility, selection criteria, and deadlines above. Then, get started on your application. 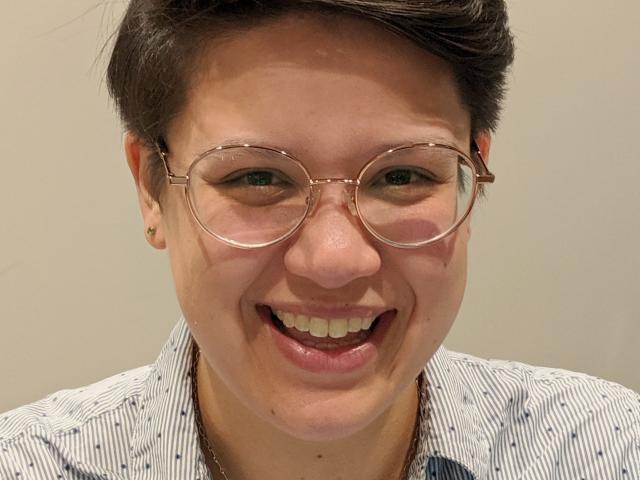 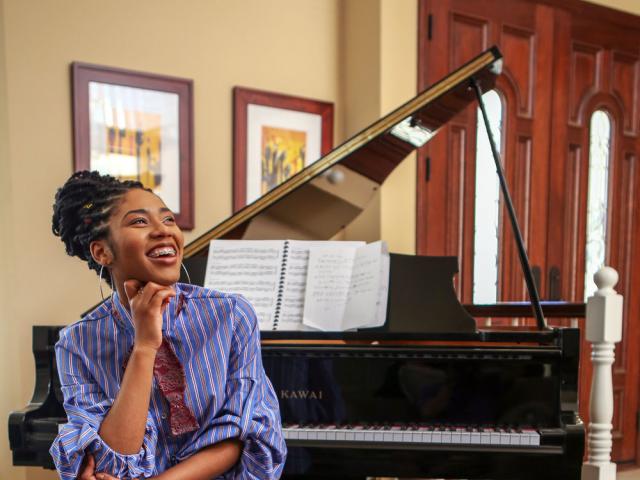 The Resolution Tour is a virtual series of seven live concert and film screenings that explore the stories of women in jazz, gender, and justice. 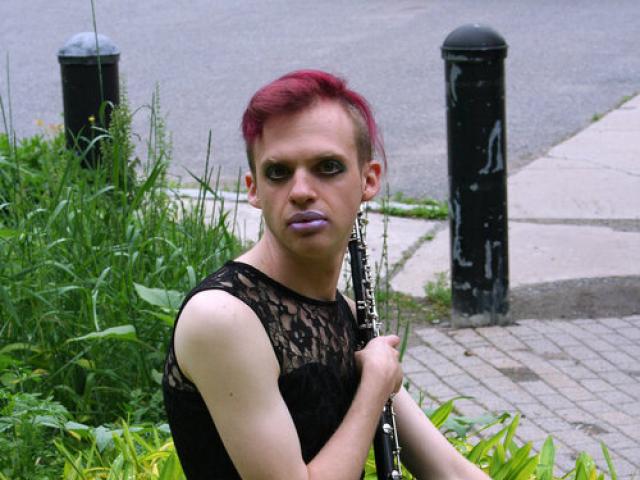 The School or Arts and Social Justice at Makeshift Boston, Rafael Natan

The School of Arts and Social Justice brings together artists and social movements, creating innovative and accessible education for all. 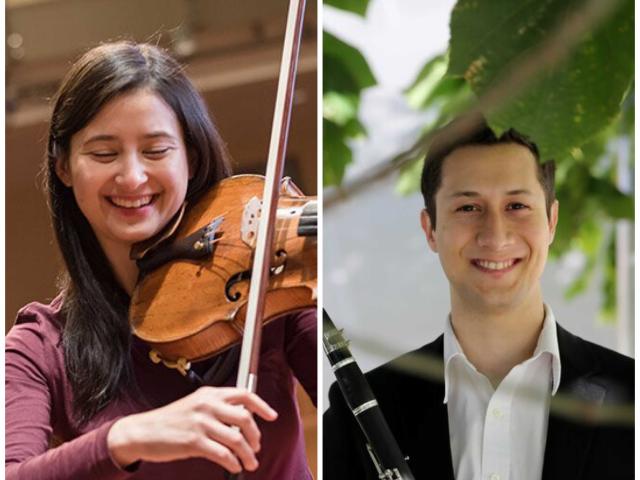 The Clarinet Maestro Festival is devoted to the teaching philosophies of Yehuda Gilad and making them accessible to all clarinetists. 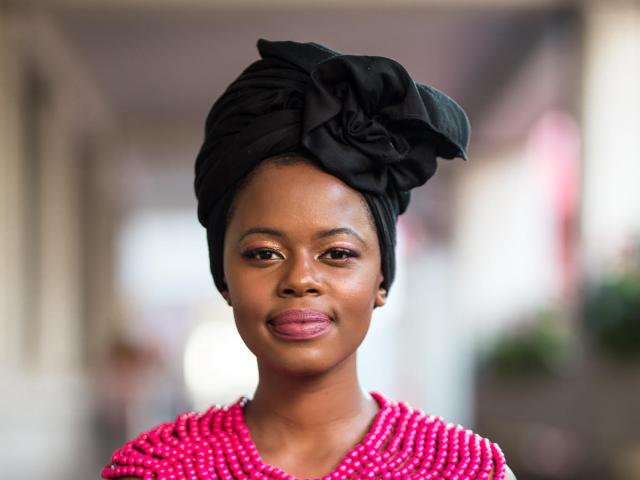 Building on the success of The Dreaming Girls Music Conference in Johannesburg, South Africa, The Dreaming Girls Project is a women and girl focused project using music to engage conversation and entice action towards meaningful social change. 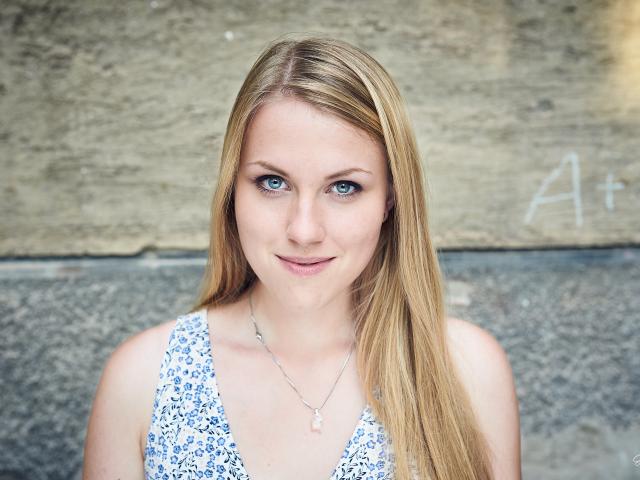 The 4th Music Beyond Borders Summer Workshop is a 5-day summer workshop for youth and young adults in Slovakia, and is one of the only jazz and contemporary music education platforms in Slovakia. 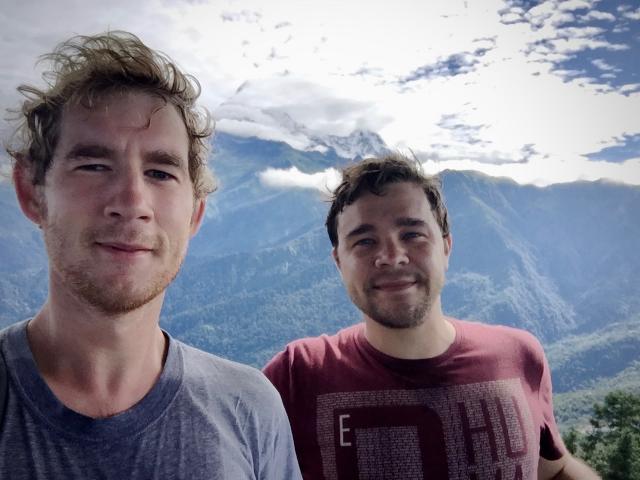 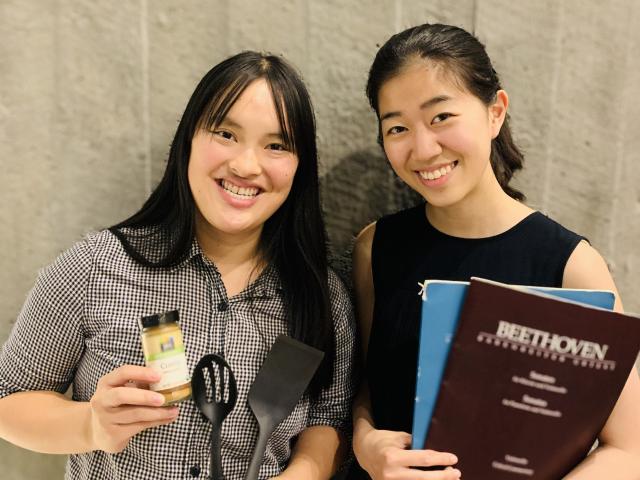 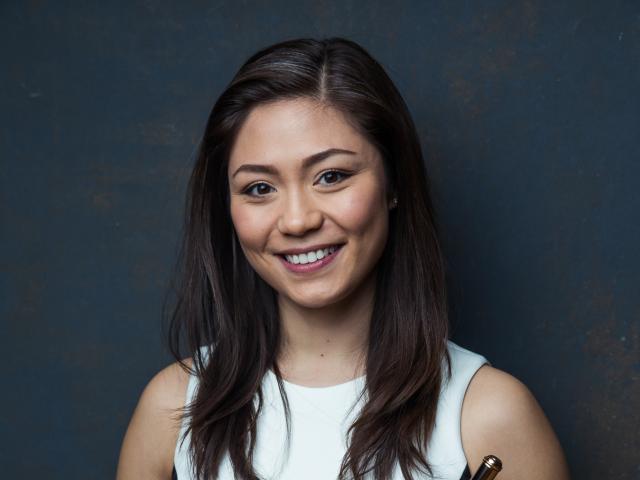 Interdisciplinary collective Pinwheel is an ensemble of classically trained musicians and theatre artists booking 2020 showing of their production Magic Pearl for new music and shadow puppetry. 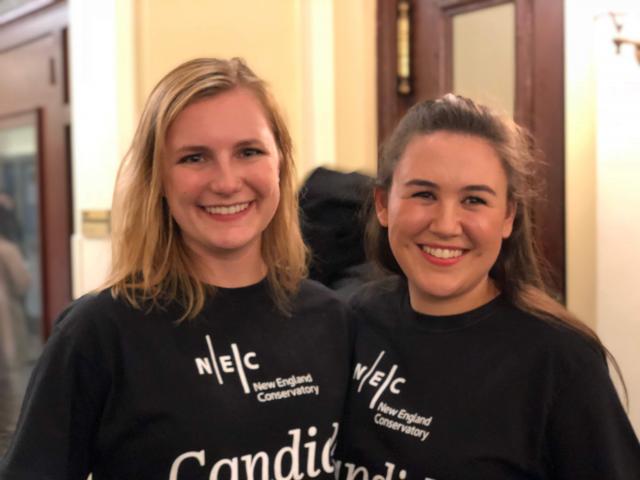 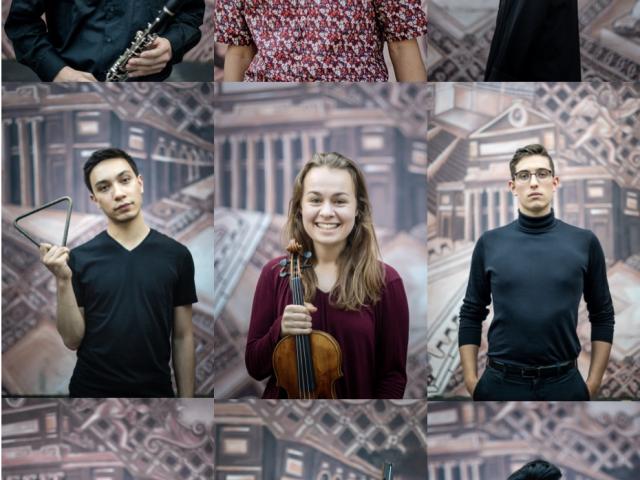 A chamber group devoted to contemporary music, presenting a concert series in its inaugural season.

Grow Your Art Grant finalists pitch their ideas before a live panel and audience: 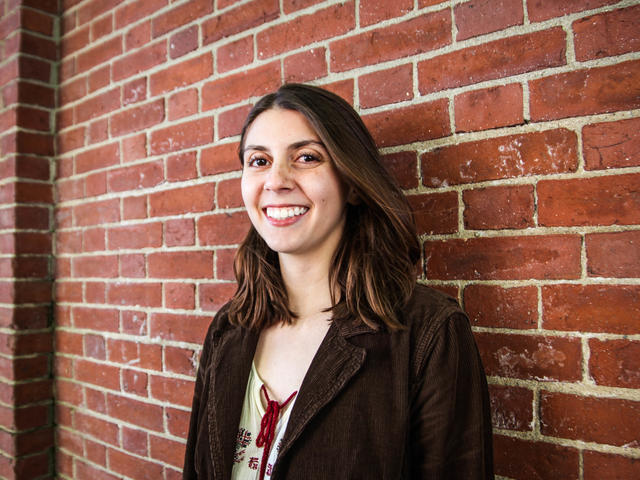 To increase the number of girls in jazz, this cost-free program is taught by professional female musicians from El Paso for female identifying high school students to learn about jazz and perform together. 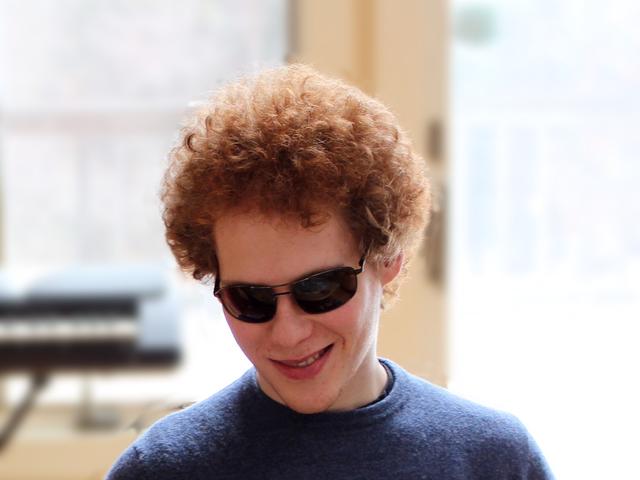 Virtual Reality for the blind: super-hero comics in 3D sound with motion simulation. Featuring original music from Matthew Shifrin and built in collaboration with a mechanical engineer from MIT. 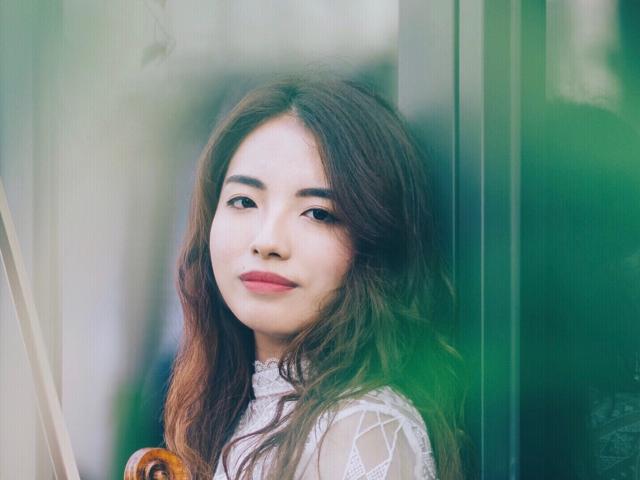 An “all-in-one” information website for prospective students in Asia who wish to study music abroad in the United States. 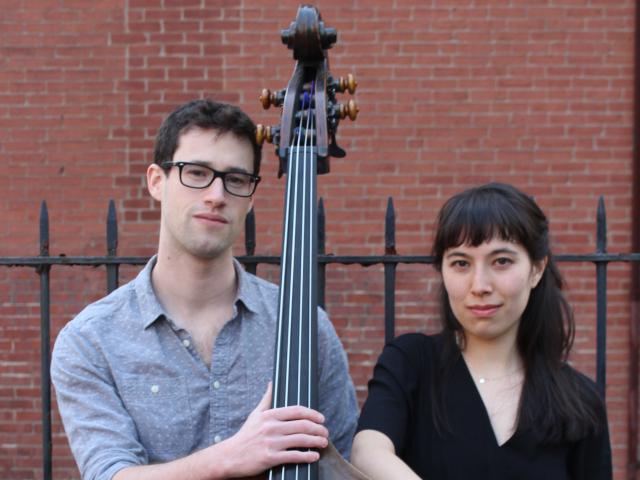 Commissioning of 3 new works for soprano / double bass as part of 30x30, a project to reach 30 hours of soprano/bass music by 2030. 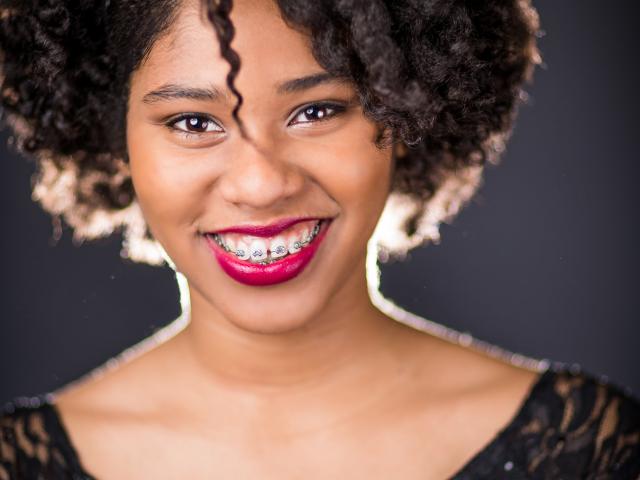 A live recording of jazz standards and original music at the iconic Capitol Recording Studios in Los Angeles. 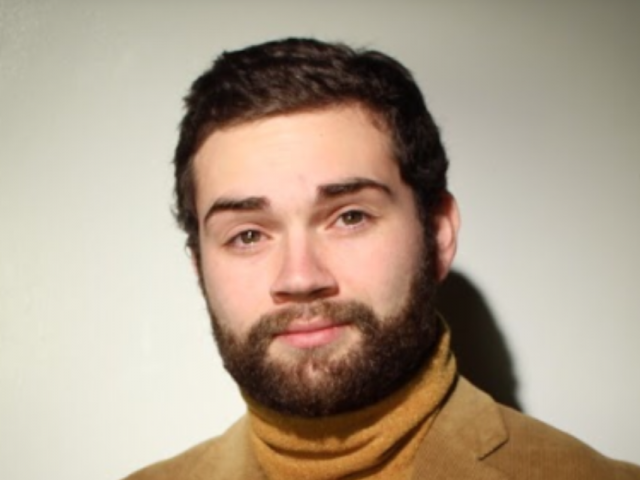 A film of original music about depression and anxiety, interspersed with an informational interview with an NEC Counselor. 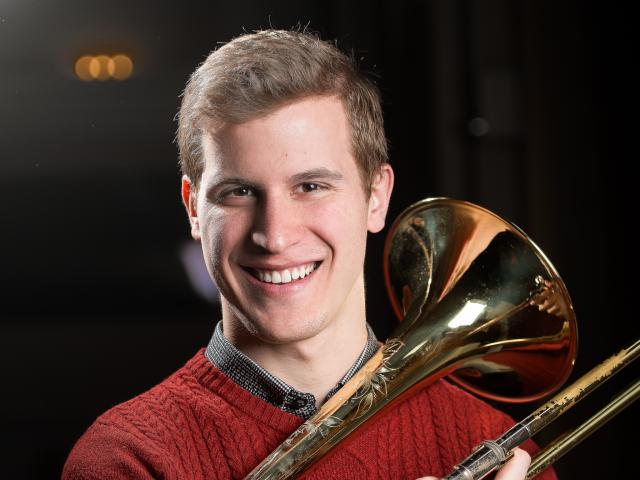 Maria discusses how producing and sharing her music has evolved with the music industry. What does it take to produce a record today? And grow an audience? How do you share your music widely while also protecting yourself? What’s important to spend money on when investing in a record?

Join us for this conversation and bring your questions!

What’s the difference between a manager and an agent?  When do you invest in building out your team? What does it take to share your music in a meaningful way in 2021? Join us for this discussion with Maria and Co. and bring your questions!

Ann Braithwaite is the owner of Braithwaite & Katz Communications, a full-service public relations firm specializing in promoting the foremost jazz artists and events of our time. She and her team have helped to expand visibility for a myriad of exceptional musicians including Maria Schneider as well as organizations including the Montreal International Jazz Festival and NEC’s Jazz and CI departments.

Mike Epstein is the President of Epstein & Company, an international booking agency representing award-winning artists since 2013. The agency works with artists of all genres and has developed a unique process for helping clients achieve important career goals by taking an entrepreneurial approach to an ever-changing industry.

Maria Schneider’s music has been hailed by critics as “evocative, majestic, magical, heart-stoppingly gorgeous, imaginative, revelatory, riveting, daring, and beyond categorization.” Blurring the lines between genres, her varied commissioners stretch from Jazz at Lincoln Center, to The Saint Paul Chamber Orchestra, to the American Dance Festival, and include collaboration with David Bowie. She is among a small few to receive GRAMMYS in multiple genres, having received the award in jazz and classical, as well as for her work with David Bowie.

With her first recording, Evanescence (1994), Schneider began developing her personal way of writing for her 18-member collective made up of many of the finest musicians in jazz today, tailoring her compositions to the uniquely creative voices of the group. They have performed at festivals and concert halls worldwide, and she herself has received numerous commissions and guest-conducting invites, working with over 90 groups in over 30 countries.

Unique funding of projects has become a hallmark for Schneider through the trend-setting company, ArtistShare. And, in 2004, Concert in the Garden became historic as the first recording to win a GRAMMY with Internet-only sales. Even more significantly, it blazed the "crowd-funding" trail as ArtistShare’s first release, and was eventually inducted into the 2019 National Recording Registry.

A strong voice for music advocacy, Schneider has testified before the US Congressional Subcommittee on Intellectual Property on digital rights, has given commentary on CNN, participated in round-tables for the United States Copyright Office, has been quoted in numerous publications for her views on Spotify, Pandora, YouTube, Google, digital rights, and music piracy, and has written various white papers and articles on the digital economy as related to music and beyond.

Her latest double-album, Data Lords (2020), has melded her advocacy and art: Nate Chinen of NPR writes: “Now it's finally here, in the form of a magnificent double album, Data Lords. . . it parses into thematic halves, "The Digital World" and, as an antidote, "The Natural World." On the whole and in the details, it amounts to the most daring work of Schneider's career, which sets the bar imposingly high. This is music of extravagant mastery, and it comes imbued with a spirit of risk."

David Hajdu for THE NATION writes, “Beyond the dualism in its format, Data Lords is a work of holistic creativity. The music of outrage and critique in the first album has all the emotion and conceptual integrity that the music of melancholy and reverence does in the second. I can’t conceive of anyone else creating this music, unless Delius has been writing with Bowie on the other side.”

6:00-8:00pm   Producing Your Own Recordings, workshop with Luciana Souza

Join Mike Epstein as he talks about how he founded his booking agency, their unique Artist Growth Process™, the importance of approaching your career as an entrepreneur, and much more. Be prepared to ask questions and learn!

2:00-3:00pm   How to write a press release: workshop with ann braithwaite and bob blumenthal

Join Ann Braithwaite, the owner of Braithwaite & Katz Communications, and Bob Blumenthal, journalist, as they teach NEC Students how to write a press release for their projects in real time.

Giovanni Russonello, who covers jazz and other music for The New York Times, will discuss the state of arts writing in 2019. He will also touch on his work at the Times; how he interfaces with musicians and other members of the New York music community; and his history both as a writer and as a grassroots organizer and nonprofit impresario.

Moderated by EM Assistant Dean Andrew Worden, this panel discussion explores how musicians can make a living from their craft, current challenges and opportunities in the industry, and common success traits and pitfalls. Followed by Q&A with the panelists.

6:00 PM   Pitch Night: Students & Alumni present their projects live for a chance to win $5,000 to bring their work to life (Black Box Theater)

1:00 PM   Business Consults: Individual Consultations with the EM Team, up to 30 minutes (sign up here and select "Grow Your Art: Business Consult" to schedule your consult)

Dave Douglas is the unassuming king of independent jazz, a model of do-it-yourself moxie, initiative, and artistic freedom.

Dave Douglas is a prolific trumpeter, composer, educator and entrepreneur from New York City known for the stylistic breadth of his work and for keeping a diverse set of ensembles and projects active simultaneously. While his career spans more than 50 recordings as a leader, his active projects include his Quintet, Sound Prints, Riverside, Present Joys, and High Risk. His unique contributions to improvised music have garnered distinguished recognition, including a Doris Duke Artist Award and two GRAMMY® nominations.

As a composer, Douglas has received commissions from a variety of organizations including the Trisha Brown Dance Company, Essen Philharmonie, The Library of Congress, Stanford University and Monash Art Ensemble. He is currently on faculty at the Mannes School of Music and is a Guest Coach for the Juilliard Jazz Composer’s Ensemble. Douglas is also a co-founder and president of the Festival of New Trumpet Music and Artistic Director of the Bergamo Jazz Festival. In 2005, Douglas founded Greenleaf Music, an umbrella company for his recordings, sheet music, podcast, as well as the music of other artists in the modern jazz idiom.