Brass students at NEC study with renowned faculty mentors—virtually the entire brass section of the Boston Symphony Orchestra—as they seek to follow in their footsteps. Performance opportunities are numerous, including solo recitals, chamber music, and orchestra concerts, where you will collaborate with your talented peers who are equally dedicated. The annual Brass Bash concert brings NEC/BSO faculty and students to play together.

"We're always looking out for each other." —Andrew Heath, Trumpet 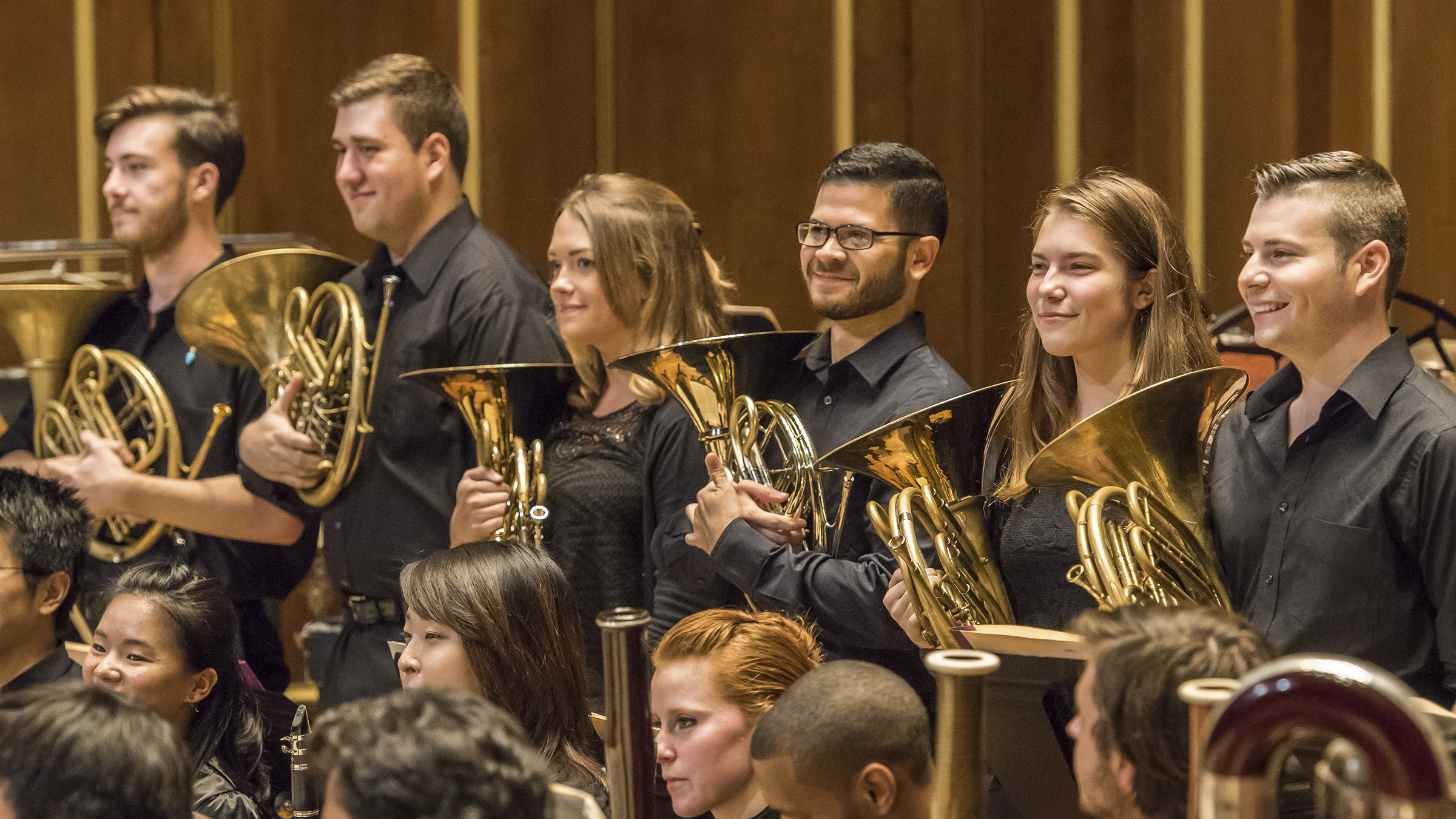 New England Conservatory is an environment where you can learn, explore, and create.

For Applicants: Next Steps
What We Do
Next

Hugh Wolff conducts the NEC Philharmonia in a performance of Gunther Schuller's Dreamscape.

Maestro Hugh Wolff conducts the NEC Philharmonia in a performance of Dmitri Shostakovich's epic Symphony No. 11 in G minor, "The Year 1905" at Boston's Symphony Hall.

Prev
Who We Are 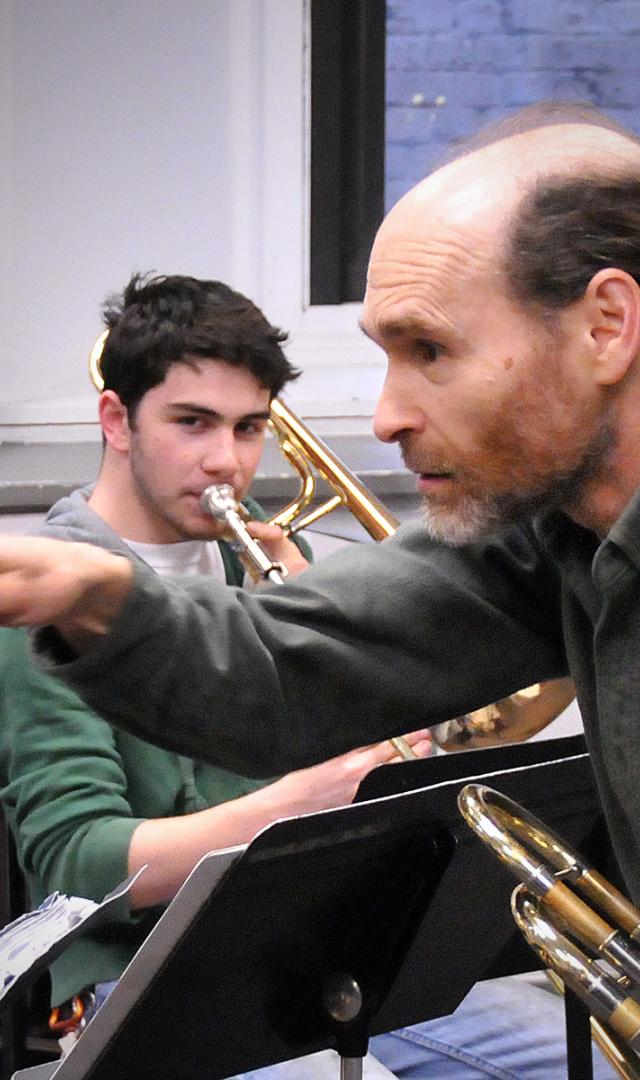 What’s in your professional toolkit?

Sharpen your intellectual and communications skills with Liberal Arts > 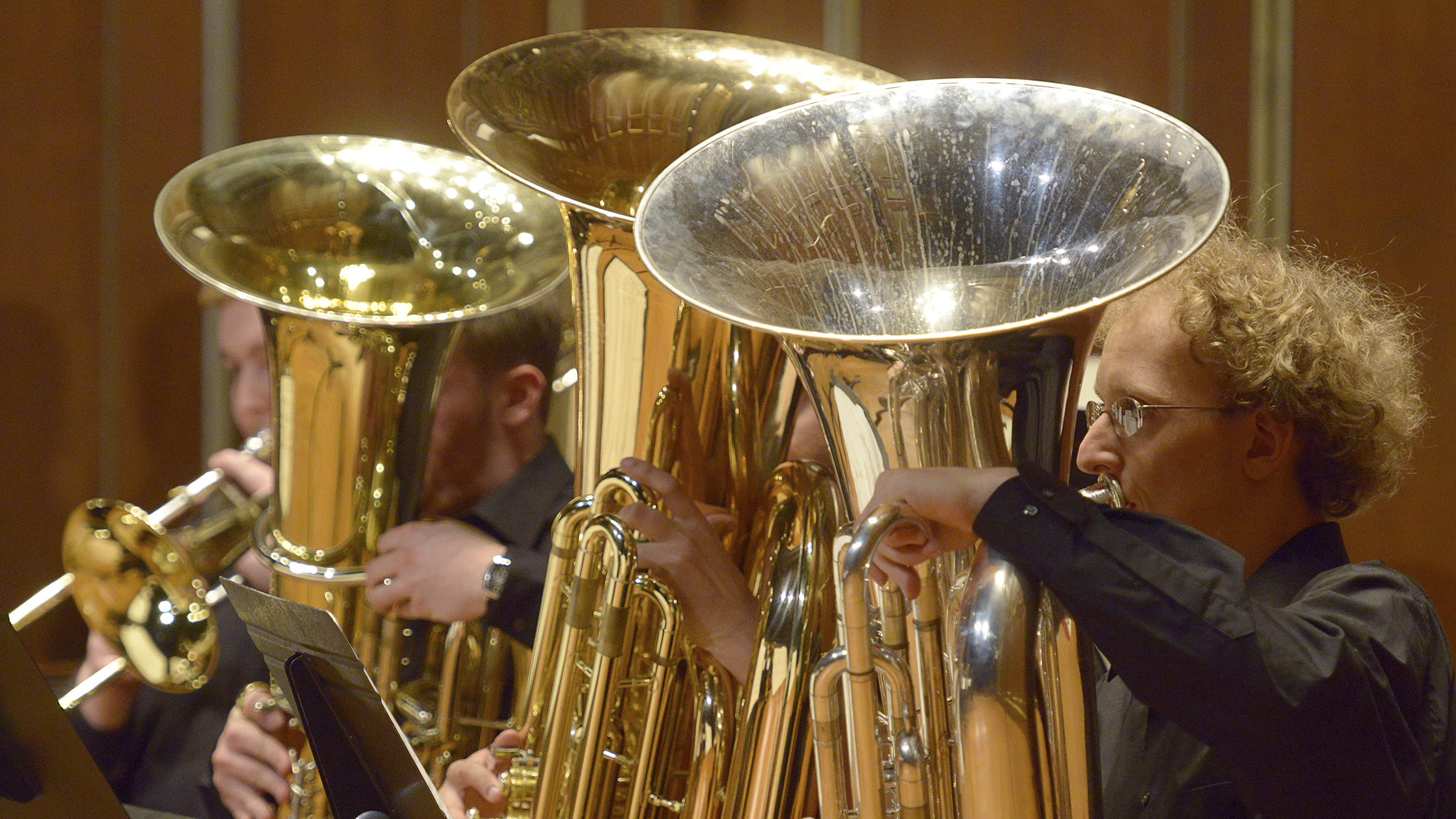 Come to a concert. Connect with faculty. Take a tour led by a current student. Visit us!

Plan your visit
Get More Information

Questions? We’d be happy to get in touch with more information.

Tell us about yourself
Recent News
New Year News
Celebrating job successes, awards, and more from alumni & students Lei Liang, Wenhong Luo, Rafael Popper-Keizer, Jeff vom Saal, Tessa Lark, Stella Chen, Alex LoRe, Ronell Warmuth, & Samantha Frenduto.
“Ode to Joy” Flash Mob with NEC, BSO, & Gewandhausorchester
NEC students joined members of the Gewandhausorchester and Boston Symphony Orchestra in a "Flash Mob" in the Center Court of Boston’s Prudential Center. The event was sponsored by DHL in conjunction with the BTHVN on Tour exhibit, which kicked off NEC's celebration of the 250th anniversary of Beethoven's birth.
The Boston Globe Previews Concert for Clara Schumann's Bicentennial
Tatyana Dudochkin's Composer Series celebrates the 200th birthday of Clara Schumann.
Q&A with Felix Padilla ’19 MM on Winning a Position with the West Point Band
Felix studied with James Markey while earning his Master of Music at NEC.
Convocation Remarks from President Andrea Kalyn
“We have the opportunity to inspire an objectively challenged world—with the beauty, brilliance, optimism, and courage inherent in the creation, study, and sharing of music,” says President Kalyn at the start of the 2019-20 school year. 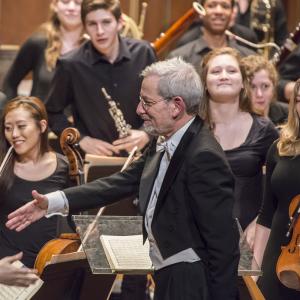 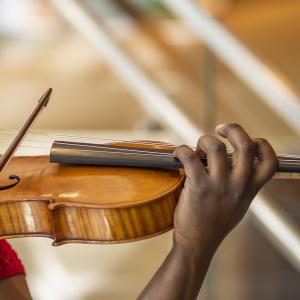 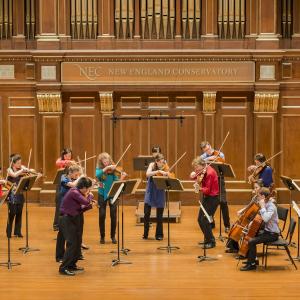