Come join us for the first two acts of Johann Strauss' eternal comedy, Die Fledermaus!  Where the champagne flows, inhibitions are cast aside and memories are made! Presented by the Undergraduate Opera Studies program.

These performances will be viewable in-person and also via livestream. 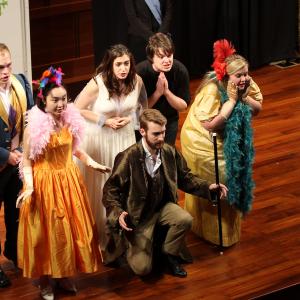