The Protestant Reformation, a religious revolution initiated by sixteenth century German priest Martin Luther, inspired two of the works on this evening’s program performed by the NEC Symphony under David Loebel.

Mendelssohn completed his Reformation Symphony in 1830 to commemorate the 300th anniversary of the Augsburg Confession, a statement that codified Lutheranism’s departure from Catholic doctrine.

James Lee III’s Ichabod! The Protest is Over, from 2017, observes the 500th anniversary of the Reformation’s beginnings. The Hebrew word ichabod means “inglorious” or “there is no glory.” The words “The Protest is Over” are taken from a speech by theologian Bishop Tony Palmer (1966-2014). An Anglican friend of Pope Francis’, Palmer used the phrase to emphasize the beliefs held in common by both Catholics and Protestants, in contrast to centuries of philosophical divisiveness brought about by the Reformation.

This performance can be viewed in-person or via livestream. 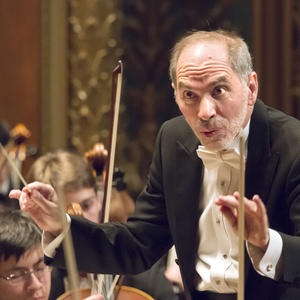