with Edwin Seroussi and Joseph Alpar

Born in Montevideo, Uruguay and immigrated to Israel in 1971, Edwin Seroussi is the Emanuel Alexandre Professor of Musicology and Director of the Jewish Music Research Centre at the Hebrew University of Jerusalem since 2000. He has also held visiting professor positions and fellowships at major Israeli, American, Latin American and European universities.  A recognized authority on the musical interactions between Muslims and Jews in the Ottoman Empire, he has also published works on diverse aspects of Sephardic music traditions as well as popular music in Israel. A 2018 Israel Prize laureate, in 2019 he is a Fellow at the Herbert J. Katz Center for Judaic Studies at the University of Pennsylvania.

Joseph Alpar is a scholar, performer, and educator whose research centers on musical and religious practices in Turkey and former Ottoman territories. He is a visiting faculty member in ethnomusicology and music history at Bennington College for the 2019-2020 academic year. Alpar earned his Ph.D. in ethnomusicology from The Graduate Center, City University of New York in June 2019, having completed a dissertation titled, “Music and Jewish Practice in Contemporary Istanbul: Preserving Heritage, Bending Tradition.” Alpar is an accomplished vocalist and multi-instrumentalist of Turkish, Greek, and Sephardic music, playing santur, piano, darbuka, and frame drums. He is the director of David’s Harp, an acclaimed Philadelphia-based Sephardic music ensemble. 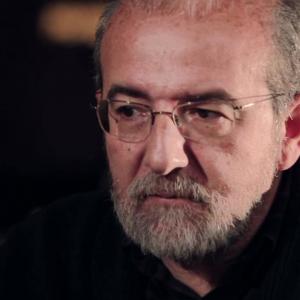