The Opera Department at NEC presents a program of Handel Arias and Shakespeare monologues. The selections are performed by graduate Opera students under the direction of Joshua Major, Steven Goldstein, Lisa Saffer, Michael Strauss and Daniel Wyneken. The Saturday program repeats on Sunday.

The following performance features first year graduate voice students and a few graduate diploma students currently enrolled at New England Conservatory. This project has been produced under strict safety restrictions and is a miraculous feat of engineering. The singers filmed in Boston are singing live with accompaniment in real time through headphones. The singers who are not in Boston relied on the smartphone to capture themselves singing live with prerecorded accompaniment. All Shakespeare monologues are filmed on smartphones.

This project is about vulnerability and is designed to push singers out of their normal zones of comfort. Both Handel and Shakespeare expose the human experience in a language that is direct, visceral and disarming. It is overwhelming and inexplicably beautiful to witness young singers embrace this project and bring their full selves to the camera.

Creativity, perseverance and passion never cease. Stay safe and keep supporting each other. 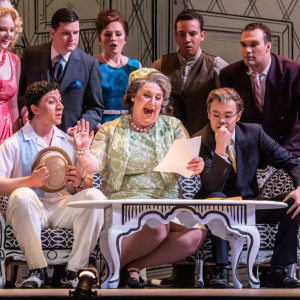