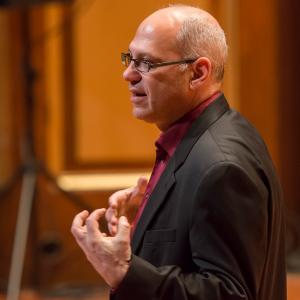 Toronto-born Joshua Major joined the New England Conservatory faculty in fall 2012 as Chair of Opera Studies. Before his appointment, he had served 20 years on the faculty of the University of Michigan where he oversaw the Opera Program, both teaching and directing.  Since coming to NEC, he has directed numerous productions including Menotti's The Consul and Mozart's La Clemenza di Tito, both in Jordan Hall; The Music in Proust and Goya and Beethoven, both at the Museum of Fine Arts; and mainstage productions at the Cutler Majestic and Paramount theatres of Rossini's La Gazzetta, Britten's Turn of the Screw, Strauss' Die Fledermaus, and Offenbach's La Perichole. He has also staged opera scenes evenings and programs of Handel arias.

Major began his opera stage directing career at the age of 23 with La Cenerentola for Opera Omaha. Soon after, he worked as an assistant to Rhoda Levine at Juilliard, Cynthia Auerbach at both Chautauqua Opera and New York City Opera, and William Gaskill at the Welsh National Opera.

Major has worked as a stage director for over 25 years throughout the U.S. and Canada, developing an impressive repertoire of productions. Recent engagements included The Cunning Little Vixen for the Cape Town Opera; Lucia di Lamermoor for the Academy of Vocal Arts in Philadelphia, L'Impressions de Pelleas in Tel Aviv, La Traviata for the Jacksonville Symphony; L'Elisir d'amore for Cleveland Opera; The Tales of Hoffmann and Lucia di Lammermoor for Indianapolis Opera.

Joshua Major has proudly been the Artistic Director of the Pine Mountain Music Festival since 2003. As well he continues to be a stage director and faculty member with the Israel Vocal Arts Institute, where he has directed annually since 1993, and the Institut Canadien d’Arts Vocal based in Montreal, where he has directed since 2005. 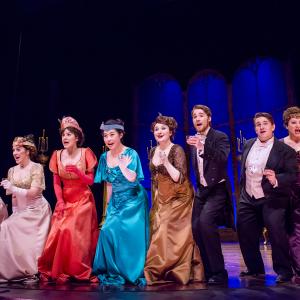