Join us for New England’s premiere of Leonard Bernstein at 100, on exhibit at the Student Life and Performance Center (SLPC) September 24 – November 11.

NEC College and Prep students perform music by Bernstein, as well as composers who inspired him and works by his contemporaries.

About the exhibit: Leonard Bernstein at 100

An interactive exhibit on display in NEC's Burnes Hall

Leonard Bernstein at 100 celebrates the centennial of America's greatest classical composer and conductor. Drawing from more than 150 photographs, personal items, papers, scores, correspondence, costumes, furniture, and films, Leonard Bernstein at 100 marks the official exhibit of the centennial and is the most comprehensive retrospective of Bernstein's life and career ever staged in a museum setting.

In addition to the objects and the multi-media presentations, the exhibit includes a number of interactive displays, designed to allow the museum visitor deep access into Bernstein's creative mind and music legacy:

There are Bernstein home movies, GRAMMY performances, interviews with contemporaries and colleagues, clips of his most noted stage works, segments taken from Bernstein's famous Young People's Concerts, and performances with the New York Philharmonic.

Items on display include:

Free and open to the public 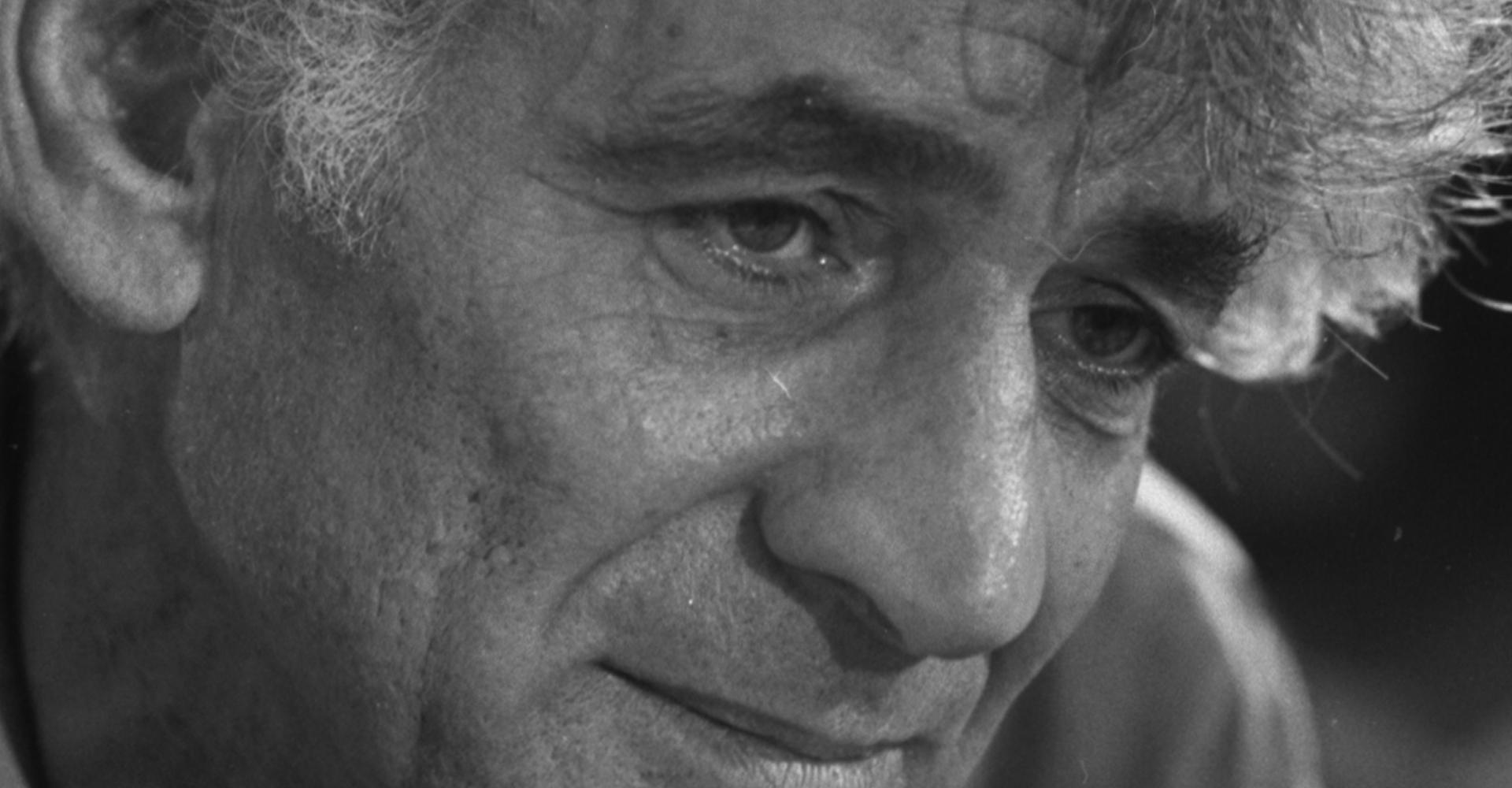 Leonard Bernstein was a towering figure of 20th century music and culture, known the world over as the composer of West Side Story, Candide, On the Town and other stage and orchestral works. As the celebrated conductor of the New York Philharmonic and other leading orchestras, he created a trove of acclaimed recordings; as an educator his televised Young People’s Concerts with the New York Philharmonic created more than one generation of music lovers; a lifelong humanitarian who spoke out whenever he witnessed injustice.

Bernstein was born into a Russian immigrant family in Lawrence, Massachusetts on August 25, 1918. At age 10, Leonard approached the upright piano left at his house by an aunt. As Bernstein tells it, he touched the keys, and his life was transformed.

After Curtis, Bernstein moved to New York. There he befriended Adolph Green and Betty Comden, a sketch comedy duo with whom he soon teamed up, along with director/choreographer Jerome Robbins, to write their first hit musical, On the Town.

As Bernstein’s composing career took off, so did his conducting career. On November 14th, 1943, the New York Philharmonic substituted 25-year-old Bernstein at the last minute after conductor Bruno Walter fell ill. The concert was broadcast live on national radio and made the young American-born conductor an overnight sensation. He was soon in demand as a guest conductor with leading orchestras around the world. In 1958, Bernstein became the first native-born Music Director of a major American orchestra – the New York Philharmonic.

Simultaneously, Bernstein became one of the busiest composers of the postwar era. In addition to three symphonies, an opera, several ballets and his Broadway shows, Bernstein also wrote the score for Elia Kazan’s film On The Waterfront. His 1957 musical West Side Story made a particularly large impact. The modern-day Romeo and Juliet retelling, with music by Bernstein, lyrics by Stephen Sondheim, book by Arthur Laurents, and choreography by Jerome Robbins, became a smash hit on Broadway, and its 1961 film adaptation won the Academy Award for Best Picture.

Bernstein was the first conductor to bring orchestral works to the general public through the medium of television. Beginning with his Omnibus series, and most famously with his Young People’s Concerts with the New York Philharmonic, Bernstein brought the works of Mahler, Copland, Stravinsky, and more into millions of living rooms worldwide.

Throughout the 1960s and ’70s, Bernstein and the New York Philharmonic recorded for Columbia Masterworks (now Sony). In later years, he recorded with additional orchestras on Deutsche Grammophon. These masterful, award-winning recordings remain landmarks to this day. Bernstein won 16 GRAMMY Awards over five decades.

Bernstein took politics and social activism seriously. He was close to the Kennedy family, and was deeply distraught when John F. Kennedy was assassinated. Bernstein dedicated his Symphony No.3: Kaddish, to the slain president. Jacqueline Kennedy Onassis later asked Bernstein to compose his theatre piece Mass to inaugurate The John F. Kennedy Center for the Performing Arts.

Bernstein was deeply involved in the Civil Rights struggle of the 1960s, and in protesting against the Vietnam War in the 1970’s. In the 1980’s, Bernstein spoke out forcefully against nuclear proliferation, and advocated for recognition of the growing AIDS crisis and funding for research and care. In 1989, he refused to accept a National Medal of the Arts in protest of the first Bush Administration’s policies toward the National Endowment for the Arts.

In December 1989, less than a year before his death, Bernstein conducted a historic performance of Beethoven’s Ninth Symphony to celebrate the fall of the Berlin Wall. The Christmas Day broadcast was watched by millions worldwide. For the occasion, Bernstein changed Schiller’s wording from “Ode to Joy” to “Ode to Freedom.”

Bernstein described himself as “a compulsive teacher.” In addition to his Young People’s Concerts with the New York Philharmonic, Bernstein made an educational impact through additional television programs as well as with his groundbreaking Charles Eliot Norton Lectures at Harvard in 1973. Bernstein’s visionary ideas about the nature of education eventually found their home in Artful Learning, a four-step educational process developed by his son, Alexander Bernstein. The Artful Learning approach is currently being used in K-12 schools nationwide.

Bernstein conducted his final performance at his beloved Tanglewood, in August 1990. He died two months later, at age 72.

Bernstein was awarded countless honor and accolades in his lifetime.  He earned everything from Emmy Awards to honors from countries all over the globe.  Honors bestowed on Bernstein during his lifetime include 22 honorary doctorate degrees, Commander of the French Legion of Honor, the Kennedy Center Honor, 10 Emmy Awards, and the aforementioned 16 GRAMMY Awards. Posthumously, he was an inaugural inductee in the American Classical Music Hall of Fame and inducted into the Television Academy Hall of Fame. The corner of Broadway and West 65th Street in New York City was renamed “Leonard Bernstein Place” in 1993.