Conducted by David Loebel, the NEC Symphony explores Bernstein’s conducting career, from his first professional appearance to his final concert at Tanglewood.

NEC invites you to join us in celebrating the 100th birthday of Leonard Bernstein—Boston native, NEC Prep alumnus, and one of America’s greatest 20th-century composers, conductors, and educators.

Throughout the fall, NEC College and Prep students perform music by Bernstein, as well as composers who inspired him and works by his contemporaries.

Experience the Exhibit: Leonard Bernstein at 100

Join us for New England’s premiere of the Leonard Bernstein at 100, on exhibit at the Student Life and Performance Center (SLPC) September 24 – November 11.

Extended hours: The exhibit will be open with special extended hours from concert end until 10:30 p.m. after tonight's concert. 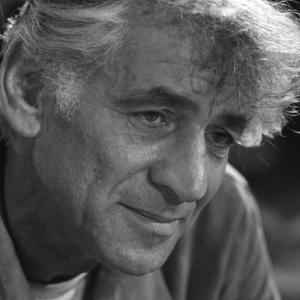