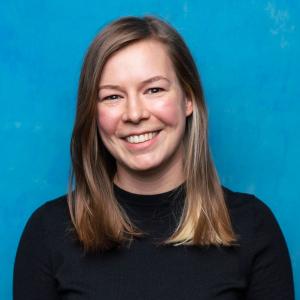 Anna-Christina (Annie) Phillips is Associate Dean of Entrepreneurial Musicianship. A clarinet/bass clarinetist with experience both on and off stage in arts organizations of all sizes, Annie works to make the arts an integral part of modern society.  Currently, she does that by working with music students; she is most interested in what factors contribute to a fulfilling life in the arts, and the future of work and how a musical skillset fits in. Recently, she presented her work at conferences including the annual meetings of the League of American Orchestras and the Music Teacher's National Association.

Previously, Annie co-created and taught Musical Startups, the first graduate level professional development course at the San Francisco Conservatory of Music; was co-director of Switchboard Music, which in ten years presented over 850 musicians in both an annual marathon festival and in a monthly concert series that she founded. As Operations & Programs Lead at Zoo Labs, a music accelerator that invests in and explores the intersection of creativty, craft, and commercial viability, Annie helped more than thirty bands build their models for success through an artist residency program. For five years, she was managing director and led educational programming for the Magik*Magik Orchestra, which in that time span created over half a million dollars in income for Bay Area orchestral freelancers. She has also worked in publicity for the San Francisco Symphony, the Grammy-nominated Bay Brass, Sqwonk, The Living Earth Show, and Mobius Trio, and was a founding member of the contemporary group Nonsemble 6, which presented memorized and staged chamber music in venues including the Kennedy Center, the California Academy of Sciences, and Stanford University.

A native of Charlotte, North Carolina, Annie trained with Steven Barta at the Peabody Conservatory and Luis Baez and Jerome Simas at the San Francisco Conservatory of Music. Outside of work, Annie enjoys rowing on the Charles River and knitting.