In honor of NEC Wind Ensemble's 50th anniversary, a recreation of the first concert.

“Recreating that first concert gives us a window into the ‘spirit of the new’ that was NEC of the late 60’s. The music here reminds us of what was considered ‘new’ music at the time, what was becoming a canon, and how this music fit into a larger world of music and education.” 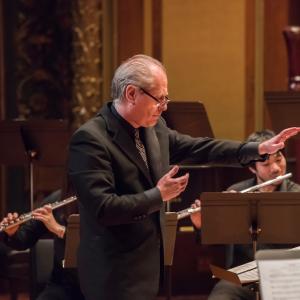 In honor of NEC Wind Ensemble's 50th anniversary, a return to works commissioned by NEC from Michael Gandolfi, Gunther Schuller, and Michael Colgrass.