Regnabo. Regno. Regnavi. Sum Sine Regno. I shall reign. I reign. I have reigned. I am without a realm.

Join the NEC Symphonic Choir for the ensemble's 2-part performance of Carl Orff's Carmina Burana, conducted by Erica J. Washburn. Satirical in nature, full of texts reflecting romance, impropriety and ridicule, this choral icon of the 20th century is a work which demands the spirit of the greatest bards throughout history. 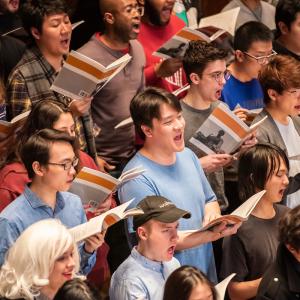