The NEC Philharmonia and Hugh Wolff kick off the fall semester celebration of Leonard Bernstein’s centennial with Symphonic Dances from “West Side Story.” NEC President Emeritus and long-time cello faculty member Laurence Lesser is also featured on the program, celebrating his 80th birthday with a performance of Bloch’s Schelomo.  Two pieces by colleagues Bernstein championed round out the program: Mexican composer Silvestre Revueltas’ Sensemayá, and Charles Ives’ Three Places in New England.

NEC invites you to join us in celebrating the 100th birthday of Leonard Bernstein—Boston native, NEC Prep alumnus, and one of America’s greatest 20th-century composers, conductors, and educators.

Throughout the fall, NEC College and Prep students perform music by Bernstein, as well as composers who inspired him and works by his contemporaries.

Tonight's celebratory concert also honors Laurence Lesser’s impact and legacy of his 45 years at the Conservatory. He will appear as a soloist performing with the NEC Philharmonia, with Hugh Wolff conducting.

Experience the Exhibit: Leonard Bernstein at 100

Join us for New England’s premiere of the Leonard Bernstein at 100, on exhibit at the Student Life and Performance Center (SLPC) September 24 – November 11. 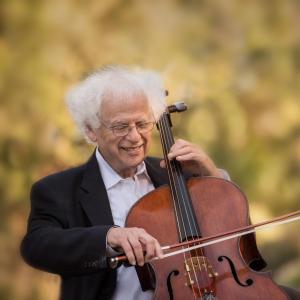 Reservations are currently full.Additional seating will be released day-of on a first-come, first-served basis.