Anthony Davis is best known for his operas, including X: The Life and Times of Malcolm X, Amistad, and The Central Park Five, works that boldly face America’s fraught racial history.

Like a character in one of Davis’ operas, the hero of Beethoven’s dramatic Coriolan Overture faces a life-altering conflict between his duty as a military leader and his love for his family.

Completed shortly before Beethoven’s death, Schubert’s Symphony No. 9 (known as “The Great C Major”) expanded the model of his revered predecessor’s symphonies into harmonically daring, ever-songful music of “heavenly length.” 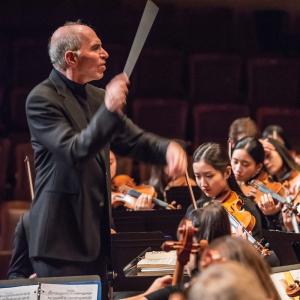