The NEC Percussion Group (NECPG) is thrilled to be back on stage at Jordan Hall in front of live audiences. The NECPG performs music that is largely centered around the unique and never-ending possibilities within the percussion world, as well as being augmented by extra-percussion musical offerings and instruments.

This year's concert selections will include both fiery and introspective works that will represent established pieces in the repertoire as well as recently composed "ink still wet" pieces. NECPG concerts always bring the fascinating combination of the aural and the visual aspects of music-making. 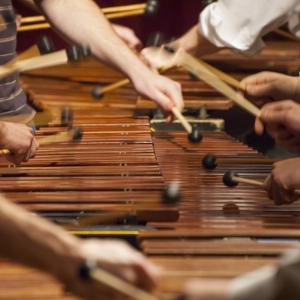