Welcome to this Gunther Schuller Legacy Concert, a collaborative production of the New England Conservatory and the Gunther Schuller Society (GSS). Gunther Schuller was a champion of the underrepresented. In music he held a special place for the unheralded, the less known, whether it be composers or musical genres—or instruments. It is this last of Gunther’s advocacies which we feature tonight.

While the music world embraces the saxophone and string bass, these instruments are certainly less frequently heard in prominent solo or chamber music venues. While the organ dominated music in the Baroque period, it fell into a much less conspicuous role in the 20th century. However, the favor of the audience was never a priority of Gunther’s; rather he asked: “what could an instrument contribute? what could it “say”, in its unique voice?” In answering his own question, his pen brought forth a quartet for the string bass, a concerto for saxophone and a symphony for organ.

Gunther’s advocacy for the underrepresented extended to the wider world. An advocacy that came from a similar outlook but one much, much more important—Gunther’s lifelong advocacy for civil rights and the music, and musicians, of color.  He was a civil rights warrior from his earliest years, celebrating and fighting for jazz as a unique product of African American artists. He extended his advocacy and unflagging support to the Black musicians who ventured onto the stages of the classical music world.

NEC and the GSS are proud to honor this extraordinary artist whose voice was raised in support of those less heard.

The Gunther Schuller Society was created by colleagues of Gunther Schuller as a vehicle for perpetuating and enhancing the legacy of this compleat musician: composer, author, conductor, horn player, educator and musical visionary. It was incorporated in 2017 in New York State and is registered with the IRS as a 501(C) 3 tax exempt, non-profit corporation.
These projects, listed below, represent some of the varied and vital work that the Society will engage in:
– An oral and video history
– Creating urtext editions for use by scholars and performers
– Editing and distributing archival recordings
– Promoting and supporting books and articles focusing on Schuller and his music
– A platform for publicizing concerts and Schuller events

Our most valuable work will be creating a community of Schuller advocates coming from many places in society—musicians, writers, artists—who wish to contribute to a living legacy of this essential artist.

To learn more about the Society go to our website: Guntherschullersociety.org 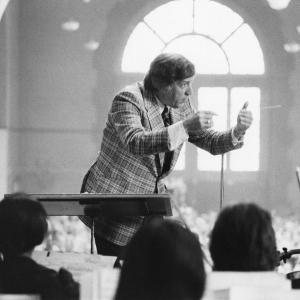