Gruppetto is a type of musical ornament most commonly referred to as a turn, and the group chose this name to honor their shared feeling of struggle with the general difficulties of musical ornamentation, and the fun times which this struggle has brought to their rehearsals.  Gruppetto Trio formed in the Fall of 2018 at New England Conservatory, where they are currently coached by Laurence Lesser. It’s members have previously participated in chamber festivals such as Marlboro, Kneisel Hall, and Heifetz Institute, and won prizes in competitions such as Young Concert Artists Auditions, Fischoff Chamber Music Competition, and Dublin Piano Competition.  They were selected as one of the NEC Honors Ensembles for the 2018-2019 academic year, and will play a concert at Jordan Hall on May 13, 2019. 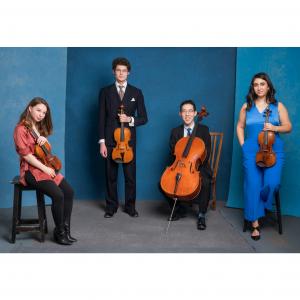 We regret to share that this event has been canceled.

The Eleonore String Quartet was formed in 2017 at the New England Conservatory by four musicians hailing from all corners of the globe. The... 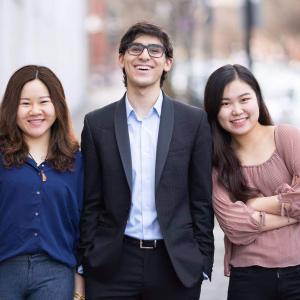