Where Do We Go From Here: Chaos or Community? | Celebrating the Lives and Legacy of Martin Luther King, Jr. and Coretta Scott King

Join the Howard Thurman Center for Common Ground and Dean of Students office at Boston University, the City of Boston, and New England Conservatory in proudly honoring the lives and legacies of the Rev. Dr. Martin Luther King, Jr. and civil rights leader, author, and activist Coretta Scott King.

Martin Luther King, Jr. wrote “Where Do We Go from Here: Chaos or Community?” during a critical time of leadership transition within the global societies and the American Black liberation struggle. In the book, Dr. King reaffirmed a certain vision for common ground. This year, we use the title of this 1967 book as our theme.

NEC is proud to join BU and the City of Boston once again in this year's planning and to also honor Coretta Scott King, who graduated from NEC in 1954. Her passion for music remained throughout her life and played a significant role in her civil rights work. She sang spiritual hymns at events where Martin Luther King, Jr. spoke and conceived and performed the renowned Freedom Concerts, which combined music, prose, and poetry narration.

This year's event will include several music performances by NEC students, a reading from a BU student, a featured conversation, and other featured speakers (see below).

Saida Grundy is a feminist sociologist of race & ethnicity and Assistant Professor of Sociology, African-American Studies and Women’s and Gender Studies at Boston University. Her research to date has focused upon formations and ideologies of gender and racialization within the Black middle class—specifically men. Her current book, Manhood Within the Margins: Promise, Peril and Paradox at the Historically Black College for Men, is forthcoming with University of California Press.

Tanesha Sullivan, Esq. is a Brockton-raised lawyer and former Boston Public Schools chief equity officer, and is the current President of the NAACP Boston Branch. Sullivan’s work as an attorney has included involvement in the Economic Justice Project and Lawyers’ Committee for Civil Rights, where she helped entrepreneurs with issues related to forming and growing businesses.

Speakers will also include: 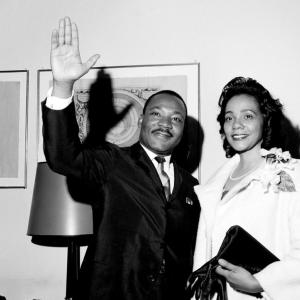