Skip to main content
Celebrating 50 years of jazz at NEC

The first fully accredited jazz program at a music conservatory.

Through unmatched faculty mentorship and a rigorous approach to improvisation and composition, NEC’s jazz department guides each student to discover and develop their own artistic voice.

“The key is showing people what is possible, not how to sound.” —Dominique Eade

”The conversation that happens here at NEC is really one of broadening the spectrum of what is possible for a musician to do. You have lots of disciplines crossing over into one another.“ —Jason Moran

Jazz students may study privately with any of the artists on faculty, regardless of instrument. Many study with multiple teachers, reaping the richness of multiple perspectives on musicality.

“I don’t just teach saxophonists and don’t have one thing that I teach everybody. Some want guidance in composition, while drummers come to me looking for specific rhythmic things.” —Miguel Zenon 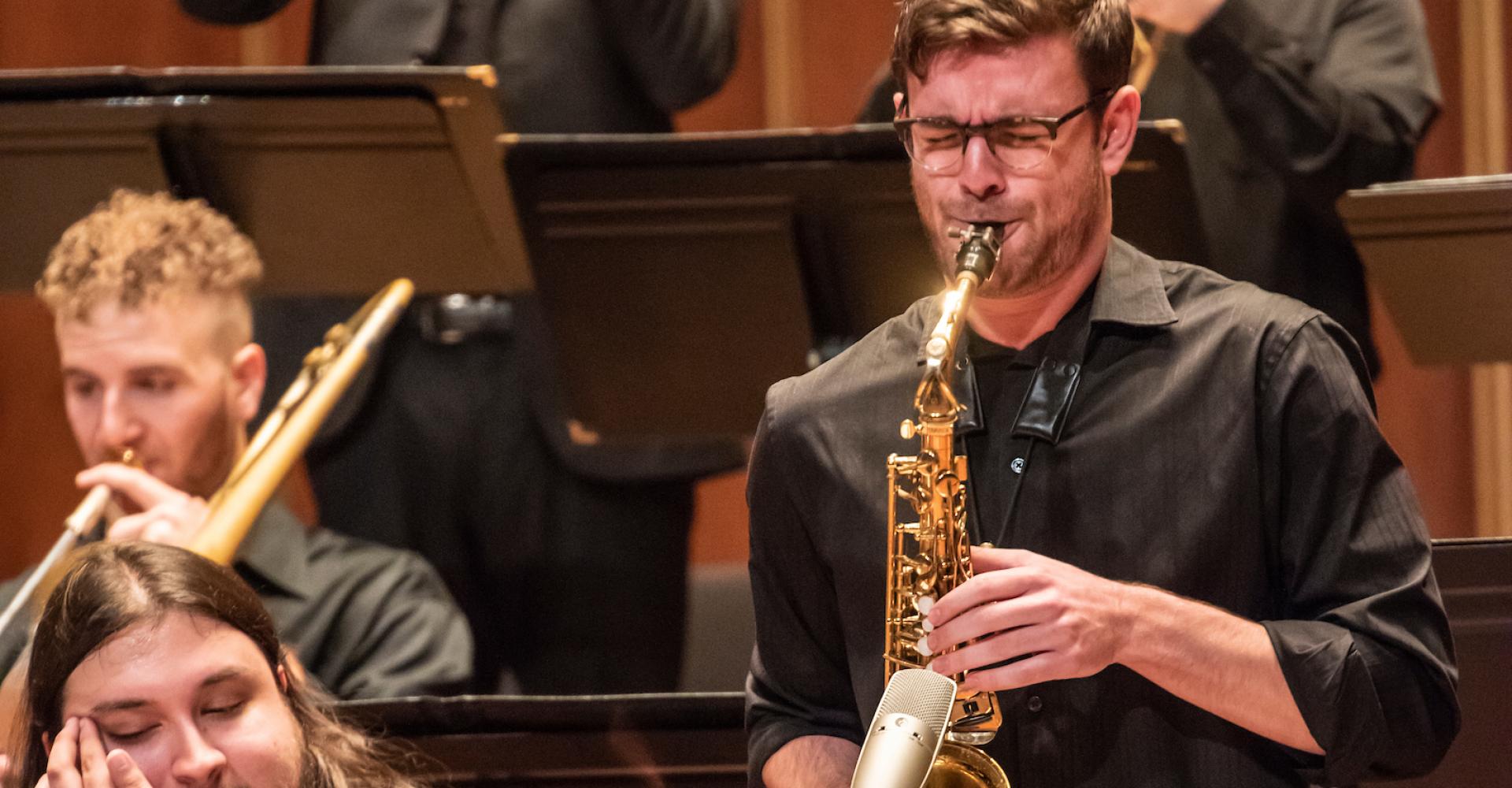 History of Jazz at NEC

The Origins of Jazz at NEC

The first fully accredited jazz studies program at a music conservatory, NEC’s program was the brainchild of Gunther Schuller, the jazz historian, horn player, composer, author, and conductor. Principal Horn in the Metropolitan Opera Orchestra at age 19, Schuller had discovered Duke Ellington as a teenager and pronounced jazz as important as classical music. Named President of the Conservatory in 1967, he moved quickly to incorporate jazz into the curriculum.  By September 1969, he had gotten his unprecedented program approved by the National Association of Schools of Music and began offering classes. Closely allied to the Jazz Studies program was his Third Stream department, which came along a few years later and which linked classical and jazz into a new genre.

Schuller chose his jazz faculty with a connoisseur’s discernment.  The first department chair was saxophonist Carl Atkins.  Composer and NEA Jazz Master George Russell, who conceived the Lydian Chromatic Concept (which has importantly influenced jazz greats from Miles Davis to Maria Schneider), began a Conservatory association that continued for 35 years. Pianist Jaki Byard, called a “walking encyclopedia of jazz,” brought his eclecticism and generosity of spirit to his NEC teaching. And Ran Blake, who Schuller had discovered pushing a broom at Atlantic Records, came to NEC in 1968 and became the first chair of the Third Stream Department in 1972.

During the early years of jazz at NEC, Atkins formed a trio composed of Donald Pate on bass, Harvey Mason on drums, and Ron Fransen on piano. With Atkins as saxophonist and coach, the group toured jazz festivals recruiting students and attracting national attention to the new NEC program.

Among the earliest students to enroll were Stanton Davis and Ricky Ford. Brought in by Ran Blake, Ford fronted the house band at Wally’s Café while playing in Jaki Byard’s big band and Schuller’s repertory band at the Conservatory.  “My participation in the NEC jazz ensemble under Jaki’s direction prepared me for entrée into the Ellington Orchestra,” Ford has recalled.

By the time Schuller retired as President of NEC in 1977, the list of jazz graduates was already impressive.  They included Anthony Coleman (who has returned to teach at NEC), Marty Ehrlich, Fred Hersch, Jerome Harris, Michael Moore, and Bo Winiker.

So illustrious is NEC’s jazz faculty that six of the most eminent have received MacArthur “Genius” grants (Lacy, Russell, Blake, Schuller, Moran and Miguel Zenón).  In addition, Schuller, Brookmeyer, Russell, and Ron Carter have all been named NEA Jazz Masters.