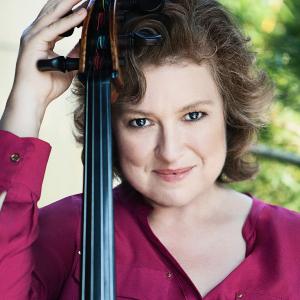 Cellist Merry Peckham is a dedicated performing artist and a longtime educator who has developed a host of accomplished performers.

As a founding member of the Cavani String Quartet (a position she held for 32 years) Peckham performed thousands of concerts in the US and abroad and was honored with a Naumburg Chamber Music Award, Musical America’s Young Artists of the Year Award, and the ASCAP-Chamber Music America Award for Adventurous Programming of Contemporary Music. Peckham won the overall string category as well as the cello division of the National Federation of Music Clubs Competition.

Peckham is currently Chair of Chamber Music at The New England Conservatory of Music, Associate Director for the Perlman Music Program, as well as the Director of the Chamber Music Workshop @ The Perlman Music Program. She was formerly Coordinator of String Chamber Music at the Oberlin Conservatory of Music, faculty member at the Cleveland Institute of Music and from 2005-2017 she was the cellist of the Elysian Piano Trio. Ms. Peckham appears in a short film by Bruce Weber entitled, “Virtuosos” produced for Spanish Vogue, was featured in the documentary "Perlman in Shanghai" by Academy Award winning director Allan Miller and was featured on the Elyria Pictures online film series “Living the Classical Life." From 2004-2016 she hosted Offbeat, on WCLV 104.9, Cleveland’s classical music station.