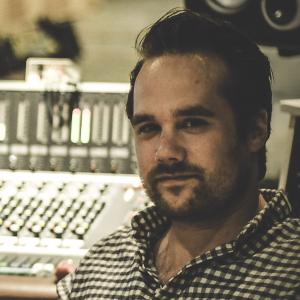 Brian Buch (b. 1984) received his Doctorate in Music Composition from Boston University and his Bachelor of Music degree in Music Composition with an emphasis in Piano Performance from the Jacobs School of Music at Indiana University. Brian teaches at the Berklee College of Music, Massachusetts Institute of Technology, and the New England Conservatory School of Music’s School of Continuing Education and privately teaches composition, classical and jazz piano.

As a composer, Brian writes for all genres of classical music from orchestral to chamber and solo instruments and is a founding member of the International Cat Murr Composer's Society. He has studied with Alla Cohen - his primary mentor, Sam Headrick, Richard Cornell, Don Freund, and Sven-David Sandström. His works have been performed throughout the US, Canada, Europe, and Russia.

His music has been released by record labels MSR Classics, Marquis Classics, and ABLAZE Records and broadcast extensively on radio stations throughout country and the world. He has released three albums of original music – From the River Flow the Stars (string quartets performed by the Daedalus Quartet), Poems to Sing at Night (solo piano works performed by Buch), and Stone of Traveling Winds (live performances of chamber works).