Welcome to Winds on Wednesdays, a musical tapas of winds, brass, and percussion. This series features short digital concerts, each just 20-30 minutes in length, in celebration of the bold music-making of NEC's Wind Ensemble and Symphonic Winds during the Spring semester and early summer of 2021.

In each mini-concert, hear a selection of contemporary and classic works, recorded live in Jordan Hall and presented unedited.

"COVID inspired us to think anew about how we bring music to you. In spite of the limits in musical preparation posed by the pandemic, we are bringing you live and unedited performances; not full concerts, but in smaller portions – musical tapas.

Just as with that Spanish delight, the tastes and flavors are varied and more delightful for being served in smaller bites. So, pour a glass of cava and enjoy our musical Tapas. Buen Provecho."

“One of these things is not like the other” for tonight might be modified to be: “none of these things is like the other.” That eclectic thinking is a hallmark of NEC. We take some pride in the ability to put together all kinds of music on a program and somehow – it works. Tonight we start in the 18th century with Telemann, in a performance coached by Baroque oboe virtuoso Deborah Nagy and BSO principle John Ferrillo. Then there is a gem of a piece from the mid-20th century by arguably the nation’s greatest orchestrator of Broadway musicals, Robert Russell Bennet. Movements from his original work “Suite of Old American Dances” is here arranged for the formidable NEC Saxophone Ensemble.

The rest of the program is a variety of new music approaches. From NEC student composers come the electronic influenced take on Dante by Bouque, the atmospheric and poetic Carroll and the convention bending and sonically challenging Abner. We complete the program with student virtuosi playing the music of former NEC faculty member Lee Hyla and the dramatic voice of the bass trombone in Schnyder’s Sonata.  –Charles Peltz

In addition to the full, audio Winds on Wednesday concert above, we hope you also enjoy this companion "mini-program" in which three of the works from the full SoundCloud concert — by Telemann, Bennett, and Bouque — are presented via video stream. Watch the premiere below: 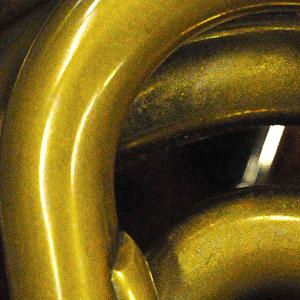 This concert does not require a ticket and will be streamed online.