Thomas Hampson, America’s foremost baritone, has received international honors and awards for his captivating artistry and cultural leadership. Lauded as a Metropolitan Opera Guild “Met Mastersinger” and inducted into both the American Academy of Arts and Sciences and Gramophone’s “Hall of Fame,” Hampson is one of the most respected and innovative musicians of our time. With an operatic repertoire of over 80 roles sung in all the major theaters of the world, his discography comprises more than 170 albums, which include multiple nominations and winners of the Grammy Award, Edison Award, and the Grand Prix du Disque. He received the 2009 Distinguished Artistic Leadership Award from the Atlantic Council in Washington, DC, and was appointed the New York Philharmonic’s first-ever Artist-in-Residence. In 2010, he was honored with a Living Legend Award by the Library of Congress, where he has served as Special Advisor to the Study and Performance of Music in America. Furthermore, he has received the famed Concertgebouw Prize.

On Friday, February 1, Thomas Hampson and Lucas Pisaroni perform operatic and Broadway favorites in Jordan Hall. This concert is presented by the Celebrity Series of Boston.

This masterclass is made possible thanks to the generosity of the Morse Visiting Artist Fund. 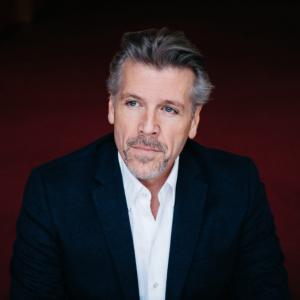