Mexican pianist, conductor, and coach Teresa Rodriguez joins NEC's Collaborative Piano and Opera programs for a week-long residency with private coaching. Students will have the opportunity to work with Ms. Rodriguez on repertoire by Spanish and Central American composers.

This is available for NEC students only. There are no public master classes associated with this residency.

Teresa Rodriguez is passionately dedicated to music and the development of vocal arts in her country. Initially trained as a pianist at Mexico’s National Conservatory, she was a conductor at the École nationale de musique in Paris for three years, before perfecting her art as vocal coach for another three years in New York, where she worked with the most celebrated maestros. Since then, she has been dedicated to training new generations of talented singers, such as Rolando Villazón, Belem Rodríguez, Fernando de la Mora, Arturo Chacón, Alfredo Portilla, and Irazema Terrazas. As a vocal coach, she has taken part in numerous workshops and productions in the United States, Italy, Israel, China, Puerto Rico, and other countries. She was also in charge of many opera productions staged in Mexico and abroad. Ms. Rodriguez is presently director of the Opera Workshop at the Sociedad Internacional de Valores de Arte Mexicano (SIVAM) and director of the music school Vida y Movimiento at Mexico City’s Ollin Yoliztli Cultural Center. She has also been artistic director of the Artsénica Association, where she coordinates the Verano Opera Encounters. 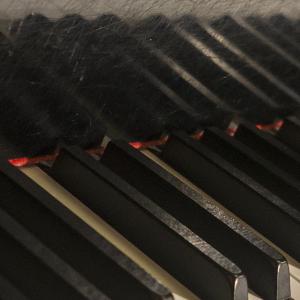 This is available for NEC students only. There are no public master classes associated with this residency.