This public intensive work session with renowned collaborative pianist and educator Margo Garrett is being held as part of the NEC Song Lab, a unique curriculum for singers and pianists. Student participants will include graduate students in Vocal Performance and Collaborative Piano.

A devoted teacher, Ms. Garrett co-directed the newly created Collaborative Piano Department at New England Conservatory from 1986 to 1992 while simultaneously heading the Collaborative Piano department at The Juilliard School from 1985 to 1991. She returned, in 2000, to The Juilliard School where she remained until May, 2018. Ms. Garrett directed the Tanglewood Music Center vocal fellowship program for the last 6 of her 19 years of teaching there (1979-1997), was awarded the 1989 American Society of Composers and Publishers (ASCAP) Most Creative Programming Award and, from 1999 through 2006, was Faculty Chair of The Steans Institute for Young Artist’s vocal programs at Chicago Symphony’s Ravinia Festival. Recent seasons have found Ms. Garrett in residence at Munich’s Hochschule für Musik and Internationale Meistersinger Akademie, “SongFest”, VISI, Souchow University in Souzhou, China, Taiwan Normal Teacher’s University, Music Academy of the West, Eastman School of Music, Universities of Texas at Austin and Michigan in Ann Arbor, and a judge at the 15th International Schumann Vocal Competition. Ms. Garrett is newly the first manager and author for the “Collab Corner” department, a regular column in the Journal of Singing and a proud NATS member. She has returned to the Tanglewood Music Center beginning in 2015 and will also return to Music Academy of the West in 2018.

Ms. Garrett is honored to be here with her esteemed colleague, Elvia Puccinelli, former students, new and old friends and colleagues, at the University of North Texas and thanks Dr. Puccinelli for her generous and ever excellent service to us and our field. 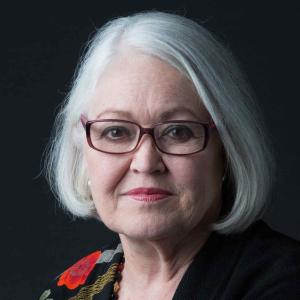