Ran Blake gives a free and open to the public solo faculty recital reflecting on the life and death of his long-time colleague and friend, Jeanne Lee, just before her 80th memorial birthday. This concert celebrates the release of a new album, The Newest Sound You Never Heard, featuring newly-released recordings of Ran and Jeanne dating from the 1960s.

In 1961, two musicians who’d met as Bard College classmates entered the studio to record their mutual debut album. Jeanne Lee and Ran Blake emerged with The Newest Sound Around, an iconic pairing of voice and piano that was simultaneously intimate and adventurous, stark yet boundless, intensely focused but warmly embracing. Lee and Blake would continue to tour together sporadically through the 1960s, but fans had to wait nearly three decades for a follow-up release, You Stepped Out of a Cloud, in 1989. Their lifelong friendship and collaboration came to a close with Lee’s death in 2000.

Miraculously, The Newest Sound You Never Heardnow doubles the material available from this unparalleled duo. The double album will be officially released January 25, 2019, just a few days before Lee would have celebrated her 80th birthday, via A-Side Recordsin conjunction with the Ran Blake Foundation and New England Conservatory, where Blake has taught for more than 50 years, and under the generous umbrella of VRT-Archive and their employees who were very kind in allowing this material to come out. The Newest Sound You Never Heard collects nearly two hours of previously unheard material recorded in Europe in 1966 and 1967. 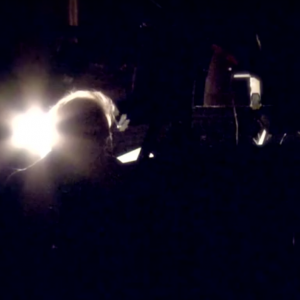