Julia Bullock is an American classical singer who “communicates intense, authentic feeling, as if she were singing right from her soul” (Opera News). Combining versatile artistry with a probing intellect and commanding stage presence, she has headlined productions and concerts at preeminent arts institutions around the world. An innovative curator in high demand from a diverse group of arts presenters, museums and schools, her notable positions have included collaborative partner of Esa-Pekka Salonen at the San Francisco Symphony, 2020–22 Artist-in-Residence of London’s Guildhall School, 2019-20 Artist-in-Residence of the San Francisco Symphony, and 2018-19 Artist-in-Residence at New York’s Metropolitan Museum of Art. Bullock is also a prominent voice of social consciousness and activism. As Vanity Fair notes, she is “young, highly successful, [and] politically engaged,” with the “ability to inject each note she sings with a sense of grace and urgency, lending her performances the feel of being both of the moment and incredibly timeless.” Honored as a 2021 Artist of the Year and “agent of change” by Musical America, Bullock gave a Tiny Desk (Home) Concert in NPR Music’s special quarantine edition of the series in December 2020; NPR’s Tom Huizenga characterized it as “among the most transcendent musical moments I’ve experienced this year.”

Bullock has held several important positions as a curator, including opera-programming host of the broadcast channel All Arts, and founding core member of the American Modern Opera Company (AMOC). As Artist-in-Residence of the Metropolitan Museum of Art, she curated five thought-provoking programs in some of the museum’s most iconic spaces: “History’s Persistent Voice,” which combined songs developed by enslaved people in the United States alongside new music by Black American women, including the world premieres of Met commissions from Tania León, Courtney Bryan, Jessie Montgomery and Allison Loggins-Hull; a program of Langston Hughes poetry and settings, featuring New York Philharmonic principal clarinetist Anthony McGill, the Young People’s Chorus of New York, and American composers and vocalists; a new chamber arrangement of John Adams’s Christmas oratorio, El Niño, at the Cloisters; AMOC’s account of Hans Werner Henze’s El Cimarrón (“The Runaway Slave”); and, marking the first full-length performance on the museum’s grand staircase, Perle Noire: Meditations for Joséphine, the musical portrait of Josephine Baker that was conceived by Bullock in collaboration with Peter Sellars and written for her by MacArthur “Genius” Fellows Tyshawn Sorey and Claudia Rankine. The residency crowned a banner 2018-19 season for Bullock. She took part in the world premiere of Terence Blanchard’s Fire Shut Up in My Bones at the Opera Theatre of Saint Louis, and reprised Dame Shirley, the leading role she created in Adams’s Girls of the Golden West, for the opera’s European premiere at Dutch National Opera. She also gave the Boston premiere of Perle Noire at Harvard’s OBERON, made her Saint Paul Chamber Orchestra debut in Barber’s Knoxville: Summer of 1915, and gave a North American recital tour with her frequent piano partner, John Arida.

Bullock is in high demand as a speaker in panels equity, inclusion, and restorative justice in the arts. She has taken part in livestreamed conversations presented by Long Beach Opera, Los Angeles Opera, Music Academy of the West, Sphinx Organization, and others. As well as trying to engage with local communities in each city she visits, she serves on the Advisory Board of Turn The Spotlight, a foundation designed to empower women and people of color, both on stage and behind the scenes, to make a more equitable future in the arts.

Julia Bullock was born in St. Louis, Missouri, where she joined the artist-in-training program at Opera Theatre of Saint Louis while in high school. She went on to earn her Bachelor’s degree at the Eastman School of Music, her Master’s degree in Bard College’s Graduate Vocal Arts Program, and her Artist Diploma at New York’s Juilliard School. It was there that she first met her husband, conductor Christian Reif, with whom she now lives in Munich.

This masterclass is made possible through the generous support of The Richard P. and Claire W. Morse Visiting Artist Fund.

This event will be live streamed. 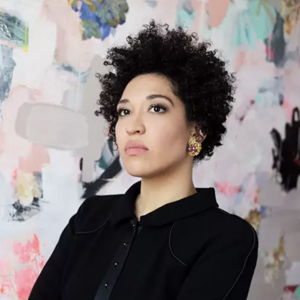