Blake is one of 27 jazz heroes in 23 cities across the country chosen as "activists, advocates, altruists, aiders and abettors of jazz." View complete list of honorees, with photo portraits and biographies

The virtual event will take place on Saturday May 23, 2020 at 7pm via Zoom Meeting. Registration is required in order to receive access. Free and open to the public.

"In this troubling time, as the world fights a pandemic, the JJA is proud to celebrate the hearts, souls and efforts of these Heroes who all are of the opinion that creative, improvised music offers substantial personal and societal benefits," says Howard Mandel, president of the JJA. "And they do everything they can to spread that message."

In writing about Blake for the award, Boston-area JJA member Bob Blumenthal noted: “When Ran Blake arrived in Boston in 1968, the 33-year-old pianist was already an iconoclastic performer and composer deserving of wider recognition. His debut recording with vocalist Jeanne Lee, The Newest Sound Around, and his subsequent Ran Blake Plays Solo Piano, revealed an original artist with his own identifiable voice and uncommonly wide range of influences. In the subsequent decades, he has proven himself to be a visionary educator, theorist and advocate who has expanded the very notion of musical fusion, and has made Boston an early center of creativity without borders… after Schuller had introduced the first Jazz Studies major at a traditional music conservatory in 1969, Ran was tapped to create and chair a Third Stream department in 1972. To say that he hit the ground running, in this or any task to which he finds important, would be the grossest of understatements.” Read Bob’s full bio of Blake 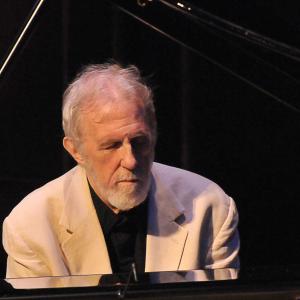