Nevertheless, She Persisted: The Homecoming of Florence B. Price

Musicologist John Michael Cooper and pianist Lara Downes will present a lecture-recital of unpublished works by Florence B. Price, an NEC composition/organ alum and the first African-American woman to have a work performed by a major orchestra (Chicago Symphony, 1933).

Lara Downes is among the foremost American pianists of her generation, an iconoclast dedicated to expanding the resonance and relevance of live music for diverse audiences. A trailblazer on and off-stage, she follows a musical roadmap that seeks inspiration from the legacies of history, family, and collective memory. Downes’ playing has been called “ravishing” by Fanfare Magazine, "luscious, moody and dreamy” by The New York Times, and "addicting" by The Huffington Post. As a chart-topping recording artist, a powerfully charismatic performer, a curator and taste-maker, Downes is recognized as a cultural visionary on the national arts scene. Her 2016 recording of Price’s E-minor Fantasie nègre lent vital momentum to the Price renaissance, and her Grammy-nominated 2018 CD Holes in the Sky featured Price’s Memory Mist. Other unpublished works  by Price will be featured on her next album, Some of These Days, to be released in March 2020.

John Michael Cooper is holder of the Margarett Root Brown Chair in Fine Arts and Professor of Music at Southwestern University in Georgetown Texas. The author of Historical Dictionary of Romantic Music (Lanham, MD, 2013), Mendelssohn, Goethe, and the Walpurgis Night (New York, 2007), Mendelssohn’s “Italian” Symphony (Oxford, 2003), and Felix Mendelssohn Bartholdy: A Guide to Research (New York: Routledge, 2001; 2nd ed., rev. and enl. by Angela Mace Christian, 2011), and co-editor of The Mendelssohns: Their Music in History (Oxford, 2002),  he has published articles and given papers  on subjects ranging 19th- century music, source studies, historiography and political history, specializing in Mendelssohn, Schumann, Berlioz, Richard Strauss, Florence Price, and Margaret Bonds.  He has published 12 editions of works by Felix Mendelssohn Bartholdy for the Bärenreiter Urtext series. He is the editor of a series of 64 source-critical editions of music by Florence Price to be published with G. Schirmer (New York). 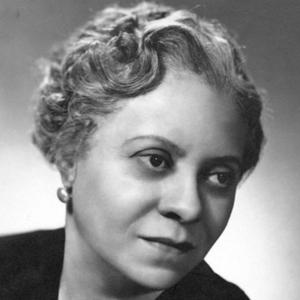