This master class will be viewable in-person and via livestream.

Jonathan Biss is a world renowned pianist who channels his deep musical curiosity into performances and projects in the concert hall and beyond. In addition to performing with leading orchestras, he continues to expand his reputation as a teacher, musical thinker, and one of the great Beethoven interpreters of our time. He is Co-Artistic Director alongside Mitsuko Uchida at the Marlboro Music Festival, where he has spent fourteen summers. He also led a popular online course via Coursera, which has reached more than 150,000 people from nearly every country. He has written extensively about the music he plays and has authored four audio- and e-books, including UNQUIET: My Life with Beethoven, the first Audible Original by a classical musician.

This season Biss performs solo recitals in New York presented by the People’s Symphony Concerts, and with the Philadelphia Chamber Music Society; Beethoven trios with violinist Midori and cellist Antoine Lederlin in Cologne, Engardin, Hamburg, London, and Tokyo; and Beethoven’s Piano Concerto No. 5 with the Atlanta Symphony, Budapest Symphony, Rochester Philharmonic, and the New York String Orchestra at Carnegie Hall. He continues his ongoing Beethoven/5 commissioning project, performing Brett Dean’s Gneixendorfer Musik– Eine Winterreise in its U.S. premiere with the Saint Paul Chamber Orchestra, as well as with the Melbourne Symphony.

Growing up surrounded by music, Biss began playing the piano at age six and went on to study with Evelyne Brancart at Indiana University and Leon Fleisher at the Curtis Institute of Music. He has been recognized with numerous honors, including Lincoln Center’s Martin E. Segal Award, an Avery Fisher Career Grant, and the Borletti-Buitoni Trust Award. He was an artist-in-residence on American Public Media’s Performance Today and the first American chosen to be a BBC New Generation Artist. He is also on the piano faculty of the New England Conservatory.

This is an in-person event with a private stream available to the NEC community here: https://necmusic.edu/streaming-williams 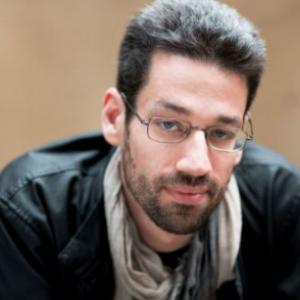