FRANCISCO NOYA is a prominent figure in the Boston and New England music scene, where he has earned a reputation as a versatile interpreter of symphonic and operatic literature. He served as music director of the Longwood Symphony Orchestra in Boston and Symphony by the Sea in Manchester. Mr. Noya currently serves as resident conductor of the Rhode Island Philharmonic Orchestra, where he represents the Philharmonic artistically and educationally throughout the Rhode Island community. He is also the music director of the New Philharmonia Orchestra in Newton, MA.Noya is also a respected member of the conducting faculty of the Berklee College of Music in Boston. In the fall of 2008, he began his tenure as music director of the Berklee Contemporary Symphony Orchestra, where he is actively engaged in the exploration of cutting-edge orchestral repertoire.

Like many players of the viola, MÁTÉ SZÜCS first learned the violin. He completed his violin studies with Ferenc Szecsödi at the conservatory in Szeged, changing to the viola in 1996 and becoming a pupil of Ervin Schiffer, who taught him at the Royal Conservatory in Brussels and at the Chapelle Musicale Reine Elisabeth in Waterloo. This was followed by studies from 2000 to 2005 with Leo de Neve at the Royal Conservatory in Antwerp, completed with distinction. In 2003 he began his career as an orchestral musician and principal violist. This has taken him from the Royal Flemish Philharmonic Orchestra in Antwerp by way of the Bamberger Symphoniker, Dresden Staatskapelle, and Frankfurt Radio (hr) Symphony Orchestra, to the Deutsche Kammerphilharmonie Bremen (Principal Viola from 2008 to 2012) and the Berliner Philharmoniker. Máté Szűcs, who appears in concert throughout Europe as a soloist and chamber-music player, also teaches at the Thy Chamber Music Festival in Denmark. 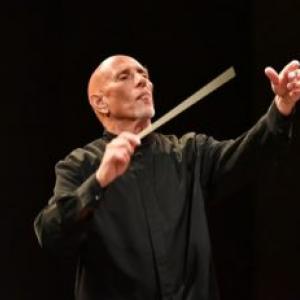 This concert requires a ticket. Doors open 30 minutes prior to the concert's start time.