Join us as we celebrate 38 years of First Mondays, curated by Artistic Director Laurence Lesser. Programs feature well-loved classics and new compositions, performed by some of the finest chamber musicians in the world, free and open to all. First Mondays are fresh and full of imaginative pairings of well-loved classics and new works, performed in one of the finest places on the planet to hear music of this caliber: NEC’s own Jordan Hall.

The Fall 2022 season will feature music from France.

View the concert program in our digital archive. 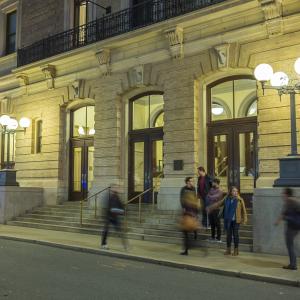