This master class will feature students from the NEC viola studios.

Born in Brussels, Belgian American violist Dimitri Murrath has made his mark as a soloist on the international scene, performing regularly in venues including Jordan Hall (Boston), Kennedy Center (Washington), Wigmore Hall, Purcell Room, Royal Festival Hall (London), Kioi Hall (Tokyo), the National Auditorium (Madrid), and Théâtre de la Ville (Paris). A recipient of a 2014 Avery Fisher Career Grant, Dimitri is a first prize winner at the Primrose International Viola Competition. Other awards include second prize at the First Tokyo International Viola Competition, the special prize for the contemporary work at the ARD Munich Competition, and a fellowship from the Belgian American Educational Foundation. In 2012, he was named laureate of the Juventus Festival, an award recognizing young European soloists.

This is open to an internal NEC audience only and can be viewed via livestream. 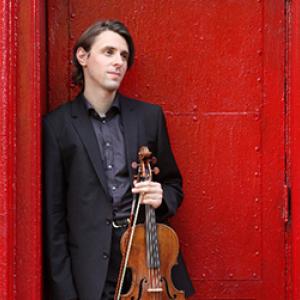 This concert is open to an internal NEC audience only and will be streamed online. It will be available at the scheduled broadcast time only.