Guitarist and composer Mary Halvorson has been described as “a singular talent” (Lloyd Sachs, JazzTimes), ”NYC’s least-predictable improviser” (Howard Mandel, City Arts), “one of the most exciting and original guitarists in jazz—or otherwise” (Steve Dollar, Wall Street Journal), and “one of today’s most formidable bandleaders” (Francis Davis, Village Voice). In recent Downbeat Critics Polls Halvorson has been celebrated as guitarist, rising star jazz artist, and rising star composer of the year, and in 2019 she was awarded a MacArthur Fellowship. 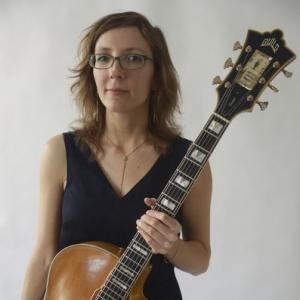