Steven Isserlis presents a masterclass featuring students from the NEC cello studios. This class will be livestreamed through CelloBello.org, and will include an interview with Paul Katz following the student performances.

As a concerto soloist he appears regularly with the world’s leading orchestras and conductors, including the Berlin Philharmonic, National Symphony Orchestra Washington, London Philharmonic and Zurich Tonhalle orchestras. He gives recitals every season in major musical centres, and plays with many of the world’s foremost chamber orchestras, including the Australian, Mahler, Norwegian, Scottish, Zurich and St Paul Chamber Orchestras, as well as period-instrument ensembles such as the Orchestra of the Age of Enlightenment and Philharmonia Baroque Orchestra. Unusually, he also directs chamber orchestras from the cello in classical programmes.

This masterclass is made possible through the generous support of the Richard P. and Claire W. Morse Visiting Artist Fund. 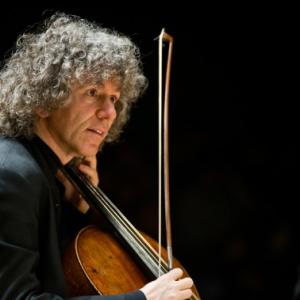