Levon was born in Cyprus to Armenian parents and was introduced to music from a very early age. When the Chilingirian family emigrated to London in 1960 Levon concentrated on the violin, studying at the Royal College of Music. His early influences in music were his uncle, the violinist Manoug Parikian, his teacher Hugh Bean, musicologist Hans Keller, and the Amadeus Quartet.

His long-standing partnership with the late Clifford Benson was launched by winning the first prizes in both the 1969 BBC Beethoven Competition and the 1971 Munich Duo International Competition. Recital appearances took the duo to most European countries and their recordings include works by Schubert and Frank Bridge.

In 1971, along with cellist Philip De Groote, Levon founded the Chilingirian Quartet. Today, the Quartet is one of the most active and celebrated string quartets on the international scene with tours to over fifty countries on six continents. Its highly regarded and wide-ranging recorded repertoire spans classical to contemporary works.

He also performs as a soloist, in recitals and concerto appearances with numerous orchestras, and with other chamber music partners. He performed the Sinfonia Concertante on the Amadeus soundtrack with Sir Neville Marriner and was invited by Steven Isserlis to lead a performance of the Schubert Quintet to end the last millennium’s music at Wigmore Hall. He has been the artistic director and first violin of the Camerata Nordica in Sweden and is also the artistic director of the Mendelssohn on Mull Festival and of the Pharos Festival in Cyprus.

Levon has received the Cobbett Medal and, in January 2000, an OBE in the Queen’s Honours List. In Armenia, he has organised competitions and numerous chamber music festivals. 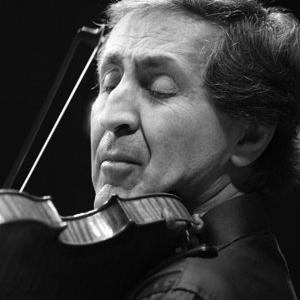