The Contemporary Improvisation Department offers a variety of ensembles that are open to all NEC students on a space-available basis and by audition. Ensemble offerings vary from year-to-year, depending on the specific makeup of the department. Non-majors should sign up to audition during orientation week.

Students can also contact greta.digiorgio@necmusic.edu to schedule an audition if all slots are filled.

WATCH New England Conservatory "Wildcard" Honors Ensemble Choro Bastardo perform pianist Henrique Eisenmann's "Piangerito." Choro Bastardo combines the traditional Choro style with each of the band members' different musical and cultural backgrounds to create a sonority that is different from the original, yet loyal to the playful spirit of that music.

Members of the American Roots Ensemble perform in the balcony of Jordan Hall.

Anthony Coleman leads the NEC Cobra Ensemble through a rehearsal on the stage of Jordan Hall.

Anthony Coleman Ensemble (Survivor’s Breakfast) explores the wonderful and terrifying space between Composition and Improvisation. Repertoire includes original compositions by ensemble members and its director along with pieces by such diverse masters as John Zorn, Christian Wolff, and Karlheinz Stockhausen.

CI Chamber Music Ensemble, directed by Eden MacAdam-Somer. This interdepartmental ensemble explores the boundaries between composition, improvisation, and world music, through written works and oral traditions. The ensemble performs in CI concerts throughout the year and varies in size and instrumentation depending on the repertoire.

CI Non-Majors Ensemble, directed by Mark Zaleski. This ensemble offers non-majors an opportunity to explore a broad range of compositional and improvisational practices and strategies that draw strongly on aural traditions from many cultures. No previous experience with improvisation is required.

Interdisciplinary Connections Ensemble, directed by Linda Chase, makes connections between and is influenced by the relationship between music, improvisation, and other forms of artistic expression including composition, poetry, visual art, and dance. We utilize a diverse repertoire of musical models and experiment with techniques including conduction, incorporation of spoken word, partially composed improvisation, sound painting and story-based pieces to serve as springboards for improvisation. We will also explore relationships in music, nature and transformation.

Joe Morris Improvisation Ensemble. Explores the structure and properties of Free Music, including free jazz and free improvisation. In addition to total improvisation, we play works by Cecil Taylor, Anthony Braxton, Ornette Coleman, Don Cherry, Eric Dolphy, etc, as well as my pieces and student compositions. We also use graphic scores and conduction. The goal is to foster individual creativity in the open music setting using methods and material that will increase vocabulary with regard to melodic development, articulation, relation to pulse, timbre, and group interaction.

Music of the African American Experience

Nedelka Prescod – Music of the African American Experience. This ensemble takes a look at various genres within the vast repertoire of songs born of the African in America experience. Selected repertoire pulls from early African American work songs and spirituals, the blues, jazz, doowop, rhythm and blues and the various manifestations of contemporary R&B,soul, neo-soul and hip-hop as well as connections with the music of the Caribbean. Oral tradition, a strong approach to learning in the African American community, will be the driving force towards developing the students’ individual and collective ear and sense of collaborative musicmaking while encouraging students to connect with and authentically express the underlying feels and grooves inherent in each genre.

WATCH members of the Songwriters Workshop, directed by Hankus Netsky, perform for Elvis Costello in a masterclass. This clip features Elvis working with freshman songwriter/pianist/singer Damon Smith, and a group of his peers. 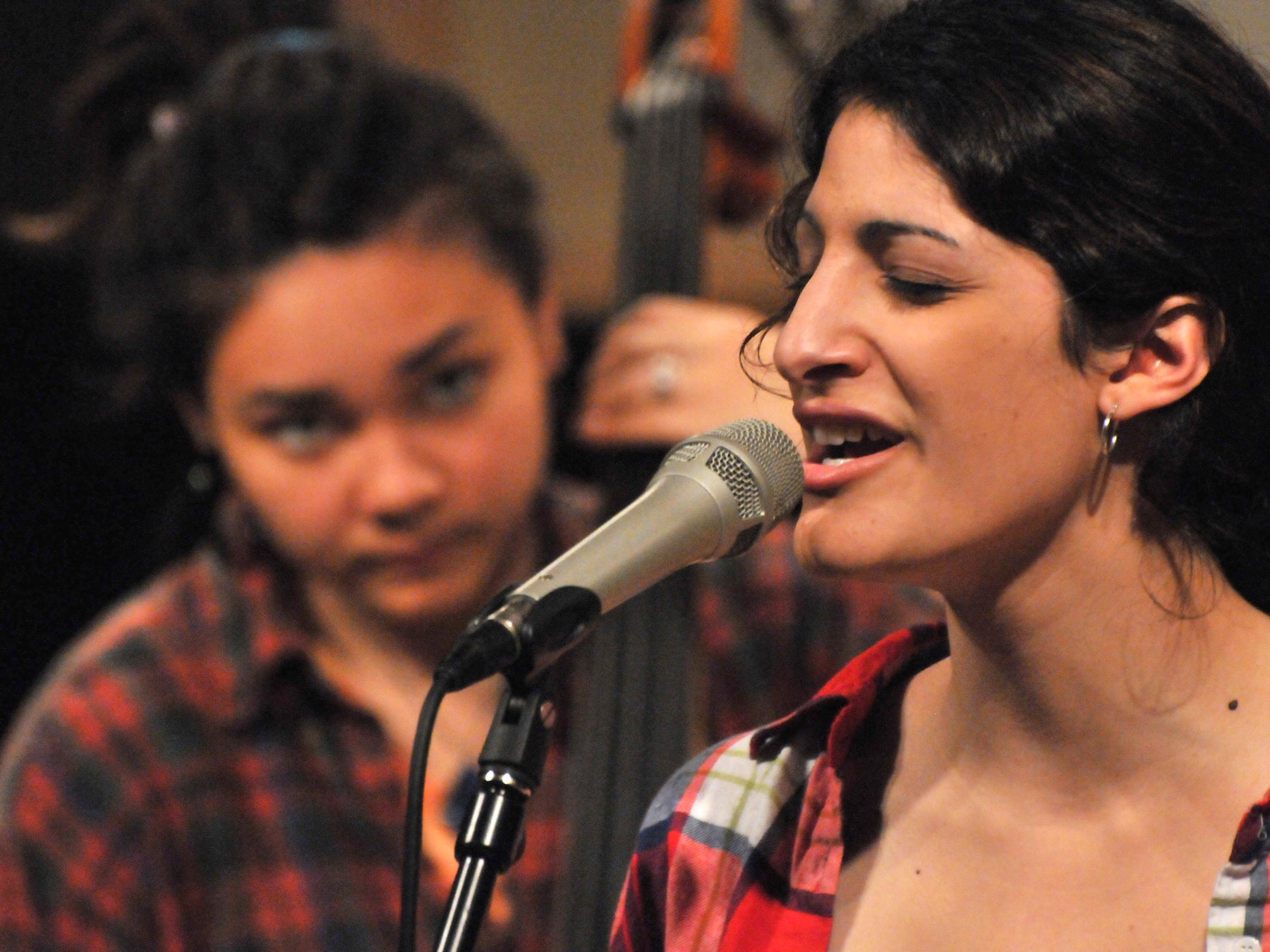 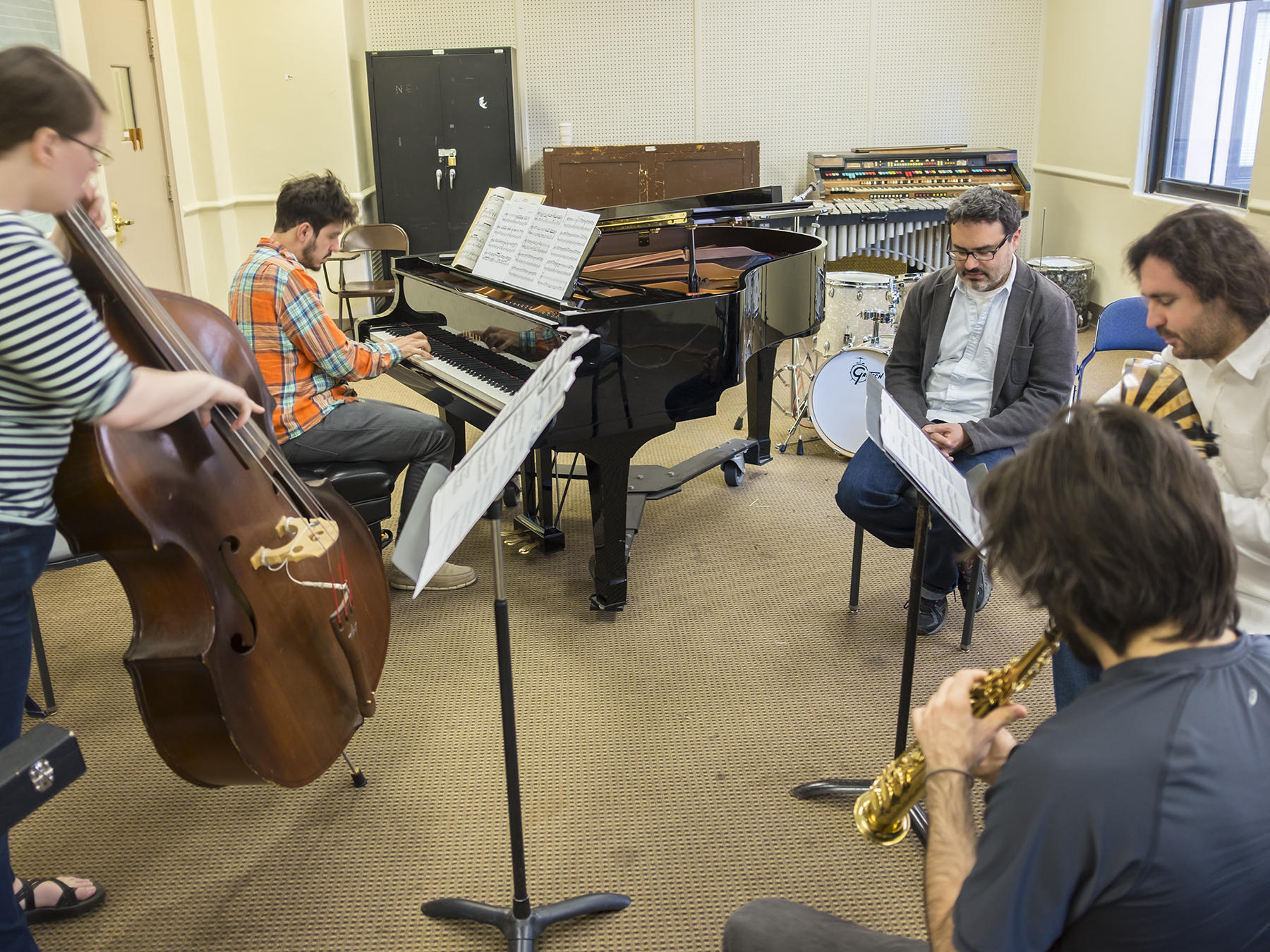 In Contemporary Practice in Improvisation-Oriented Composition, Ted Reichman and his ensemble explore new ideas about structure, groove and texture. Here, he coaches members of the ensemble Alfaia. 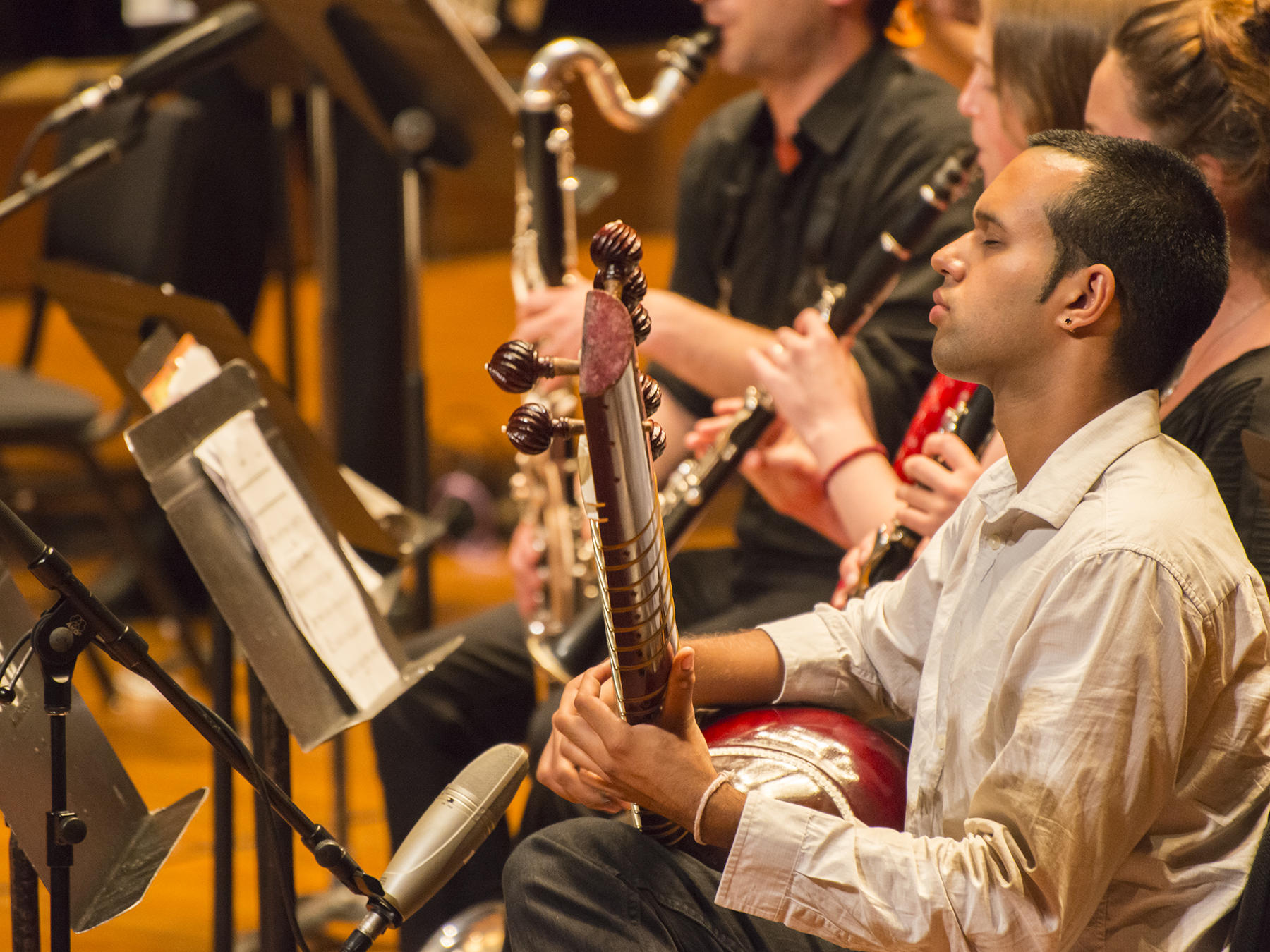 Songwriters Workshop, directed by Hankus Netsky. This ensemble offers a framework for songwriters to work both on their own compositions and recompositions of existing songs drawing on all kinds of genres.

Ted Reichman Ensemble: Contemporary Practice in Improvisation-Oriented Composition. This ensemble performs music written by composers working today, primarily from the jazz tradition, who have proposed new models for integrating improvisation and composition, and who embrace new ideas about structure, groove and texture. Repertoire will range from completely notated music to open forms, and from complicated rhythms to ambient soundscapes.

Indie, Punk, and Art Rock Ensemble directed by Lautaro Mantilla. This ensemble is an introduction to the diverse repertoire of underground music of the 1970s and 1980s. This music was created in opposition of mainstream culture and often contributed as a medium to bring about a radical awareness to any form of discrimination and used as a platform for political and social protest. By arranging and recomposing music from Dead Kennedys, Frank Zappa, Black Flag, The flat duo Jets, among many others, students gain knowledge of different compositional and improvisational approaches and explore what Bertolt Brecht may or may not have been loosely quoted as saying, “Art is not a mirror to reflect the world, but a hammer with which to shape it.”