NEC Jazz Faculty, Past and Present, are Recognized.

Jazz Faculty Past and Present Are Recognized for Performance, Arrangements 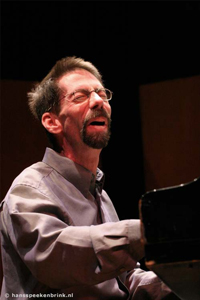 One retired and two current Jazz faculty members from New England Conservatory were nominated for Grammy Awards in the 54th Annual honor roll of best recordings. Several composition and vocal alumni and an orchestral trombonist were similarly recognized with nominations that were announced last night.  The Grammy Awards ceremony, on which winners will be revealed, will be televised live from the Staples Center in Los Angeles, Sunday, February 12, 8pm EST, on CBS.

Pianist-composer Fred Hersch, who graduated from NEC in 1977, teaches at the Conservatory, and has previously received three nominations, was nominated in two categories: Best Improvised Jazz Solo and Best Jazz Instrumental Album for his recording Alone at the Vanguard. Hersch will next perform at NEC on April 26 with Leaves of Grass, his jazz-infused arrangement of texts from Walt Whitman's collection of poems. 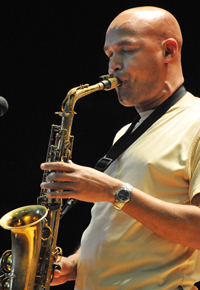 Saxophonist and composer Miguel Zenón, a member of faculty since 2009 and recipient of a MacArthur Foundation “Genius” Grant, was nominated in the Best Large Jazz Ensemble Album for Alma Adentro: the Puerto Rican Songbook. Zenón will conduct an NEC masterclass on Dec. 9 at noon in Pierce Hall.

Composer-arranger-conductor-trombonist Bob Brookmeyer ’08 hon.D.M.A., who served on the NEC faculty from 1997-2007, founded the Jazz Composers Workshop Orchestra, and was named an NEA Jazz Master in 2006, was nominated in the Best Instrumental Arrangement category for Nasty Dance.  This track came from the album Forever Lasting—Live in Tokyo by The Vanguard Jazz Orchestra.

Three alumni composers, Robert Livingston Aldridge '80 M.M., Herschel Garfein '82 M.M. and Jefferson Friedman '92 PREP were also nominated in the category of Best Contemporary Classical Composition.  The former two were recognized for the opera Elmer Gantry, for which Aldridge composed the music and Garfein wrote the libretto. Friedman was singled out for his String Quartet No. 3.  Friedman will be the composer in residence during the Preparatory School's Today's Youth Perform Today's Music, January 28-29.

In the same category, the Bay Brass was nominated for Sound the Bells!, a collection of American premieres for brass composed by John Williams, Michael Tilson Thomas, Bruce Broughton and others. A 13-player ensemble, Bay Brass is made up of members of the San Francisco Symphony, San Francisco Ballet Orchestra, and other Bay-area brass musicians, including SF Symphony second trombonist Paul Welcomer '85 M.M.

For further information, check the Grammy website.  To learn about past NEC Grammy winners, check our website.