The late Charlie Banacos, jazz guru, influenced even those students who never met him face to face... 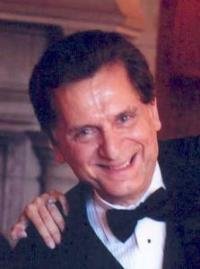 New England Conservatory is mourning the death of Charlie Banacos, jazz pianist, composer and beloved teacher.  Banacos died of cancer, Dec. 8 at the age of 63.  Born in Lowell, he lived in Dracut in his youth. He graduated from Dracut High School, then received a degree in Music Education from Lowell State College, Class of 1968. Largely self-taught, Banacos did study technique—like many other jazz pianists—with Madame Margaret Chaloff in Boston, according to Hankus Netsky who hired Banacos at NEC.  The pianist "also took lessons with Jaki Byard (locally, when he was young)," Netsky said.

As a performer, Banacos had played with a star-studded array of artists, however, he retired from performing more than 30 years ago, Netsky said. 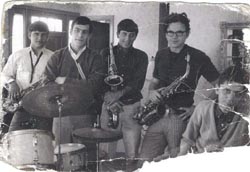 Not only was he eloquent in the studio, he was also an astonishingly effective multimedia educator whose lessons in improvisation, theory, and ear-training were disseminated on audio and video recordings and in numerous pedagogical books.  He created over 100 courses of study for improvisation and composition, many of which were adopted by other music schools. Besides teaching at NEC, he had taught at the Longy School of Music and Berklee College of Music. He also served as a clinician for the Thelonious Monk Institute.

His students—some of whom never met him face to face—remember Banacos as rigorous and insistent on excellence even as they recalled his warmth, humor, enthusiasm, and focus on their individual needs. So for example, University of Connecticut pianist and jazz professor Earl MacDonald recently blogged about his experiences studying with Charlie:

"Two years ago, I took correspondence lessons with Charlie, for a full year, via cassette tape. Our relationship was unique in that I never met Charlie face to face.  Perhaps because of this, we could be very honest and frank with one another in our taped dialogues.  His candidness was valued and refreshing in both his assessments of my improvisations and in his responses to my stated opinions, questions and challenges.  His initial summary of my playing changed my thinking forever.  He said, 'You already sound great, BUT when I hear you play it sounds like something that happened 40 years ago.'  Wow! …talk about a wake up call!  He nailed it.  As someone who had spent the past two decades checking out the recorded traditions of bebop and hard bop piano playing, I needed someone to tell me the truth: that it was time to move on, and open my mind and improvisational approach to new possibilities."

Even in his last stay at the hospital, Banacos was "teaching" his students not only about music but life. He wrote a note about exercising the ear even in intensive care:

"Another great way to practice when you can't move around too much is figure out the chord or chords that you hear in the hospital and use that to practice different sonorities. I'll give you an example of what's happening right now: most of the electronic sounds of this hospital at this moment are B's, D#'s, F#'s and A-naturals. Now there are other sounds, but those are the pre-dominant sounds coming from the electronic equipment (and people yelling 'Code Red!!!' Just kidding...). So, you could say right at this moment I'm swimming around in a pool of B-dominant7. If you use that as a basis, the next time you hear somebody yell 'code' you can practice and name its function against the B7 chord as quickly as possible and it makes a type of symphony."