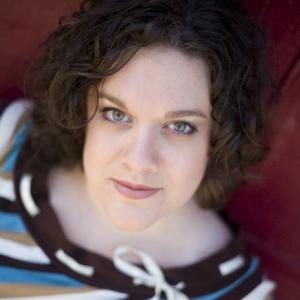 Rebecca Teeters is a soprano said to be a “moving performer worth watching.” A native of Oklahoma, Rebecca relocated to Boston in 2006 to begin her graduate studies at NEC. Since graduating, Rebecca continues to perform with companies within the greater Boston area. She has also been an active member of First Church in Boston’s professional ensemble since 2008.

Rebecca’s most notable roles include Sister Rose in the New England premiere of Jake Heggie’s Dead Man Walking with Boston Opera Collaborative, Mimì in La Bohème, Susannah (title role), Micaëla in Carmen, First Lady in Die Zauberflöte, Belinda in Dido and Aeneas, Terentia in the world premiere of The Beautiful Bridegroom by Dan Shore. She has performed in numerous masterclasses, concerts, and recitals in Boston and Oklahoma, including masterclasses with renowned sopranos Renée Fleming and Leona Mitchell.

In addition to her performing career, Rebecca was an active member of Boston Opera Collaborative—a company run by its artists, giving not only exceptional performance opportunities to young singers out of school, but also life experience in running a full opera company. In addition to her two-year term as Director of Operations, Rebecca served as BOC’s Executive Director from 2011 through 2013.