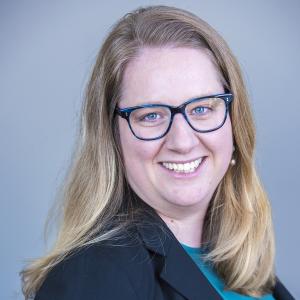 Rebecca Bogers, Dean and Director of the Preparatory School, has provided leadership to the NEC Preparatory School in various roles over the past 10 years. During her five years as Preparatory School Director, she increased enrollment and launched many new initiatives. Her recent successes also include a major expansion in early childhood programming, the expansion of the orchestra program, and exciting new Musical Explorers access program and the launch of BEAM (Bridge to Equity and Achievement in Music), which is a major Boston partnership program to create pathways to musical excellence for underserved and underrepresented minorities in classical music.

A Boston native, she received her Master of Music in Harp Performance from Temple University and her Bachelor’s in Harp Performance from New England Conservatory. Ms. Bogers has successfully led many international youth orchestra tours, forging local and international partnerships around music education. In additional to her work at NEC, she is part of the L.A. Philharmonic Take a Stand team, working to create a strong summer orchestral experience for Sistema students from around the country. Prior to her time at NEC, she also worked with the Philadelphia Orchestra as a teaching artist presenting programs throughout Philadelphia Schools with orchestra members and helping write and design Philadelphia Orchestra Education curriculum materials. She also worked as the ensemble coordinator for the Temple Music Prep, helping run their string orchestra and chamber music programs at the Center for Gifted Young Musicians.

In Boston she continues to pursue her passion for music education and community outreach as Dean and Director of New England Conservatory's Preparatory School. An alumna of NEC and former student of Ann Hobson Pilot, she plays an active role in Boston’s music community as a freelance harpist. She served at the President of the American Harp Society Boston Chamber from 2012-2015 and currently serves as an active board member of Project Step.

Bogers’s musical adventures have taken her around the globe in orchestral, chamber, and solo performances. In addition to summers at the International Festival at Round Top, Aspen Music Festival, and the Camden Harp Colony, she has given performances throughout the U.S. and Latin America. In 2010 she led a group of NEC faculty to Venezuela to teach and perform at a chamber-music festival with students in Venezuela’s El Sistema program.