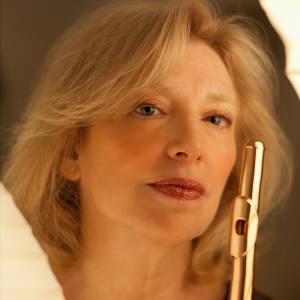 Paula Robison has played a major role internationally in redefining the flute as a solo instrument. At NEC, she occupies a teaching chair endowed in 2005 by Charles "Chuck" and Donna Hieken, with matching funds from the Nicholas Family Challenge.

At age 20, Robison was invited by Leonard Bernstein to be a soloist with the New York Philharmonic. Robison joined the Young Concert Artists roster and became the first American to win First Prize at the Geneva International Competition. She has been profiled on CBS-TV's "Sunday Morning," in The New York Times, Musical America, People, Women Who Rock, Virtuoso, and Ovation magazines, and has performed on television's "Live from Lincoln Center," "Christmas at the Kennedy Center," and "The Today Show." In June of 2018 she was a special guest on the “Late Show” with Stephen Colbert, and sat in with Jon Batiste and his band “Stay Human”.

A founding member of the Chamber Music Society of Lincoln Center, Robison was also a co-director of the Spoleto Festivals in the US and Italy for over 30 years, earning her the Premio Pegaso and the Adelaide Ristori prizes for her contribution to Italian cultural life.