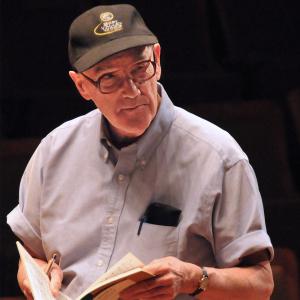 Heiss has been principal flute of Boston Musica Viva and has performed with many local ensembles, including the Boston Symphony Orchestra.

His articles on contemporary music have appeared in Winds Quarterly, Perspectives of New Music, and The Instrumentalist. Along with Juilliard faculty Joel Sachs, Heiss has designed and written a book/CD-Rom classical music primer for Blue Marble Music entitled Classical Explorer.

Starting in the 1970s, Heiss has directed many NEC festivals dedicated to composers or themes, and has spearheaded visits to NEC by many composers, including Ligeti, Lutoslawski, Berio, Carter, Messiaen, Schuller, Harbison, and Tippett.

No video provider was found to handle the given URL. See the documentation for more information.
Tags
CollegeChamber MusicCompositionWoodwindsFlute
Top