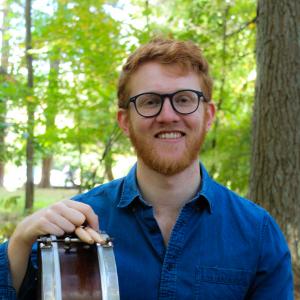 Harrison Honor is a Percussionist, Timpanist, and Educator based in Boston and New York City. An accomplished orchestral performer, Harrison has performed with the orchestras of the Metropolitan Opera, Boston Pops, Sarasota, New Haven, and New Jersey. He was a Percussion Fellow at the Tanglewood Music Center in 2018 and 2019, and has recently appeared as Principal Timpanist with the Mistral Music Orchestra conducted by Sir Simon Rattle. Equally engaged with contemporary music, Harrison has appeared as a soloist in the Juilliard Orchestra’s Focus Festival, and the Boston Symphony’s Prelude Series. He has curated multiple solo and chamber recitals in New York and Boston, and has commissioned and premiered numerous works for solo percussion. A devoted educator, Harrison has served on the Faculty of New England Conservatory’s Preparatory School since 2016.

Harrison received his Artist Diploma and Masters of Music from the Juilliard School under the tutelage of Daniel Druckman and Markus Rhoten, and completed his undergraduate studies at New England Conservatory with Daniel Bauch.