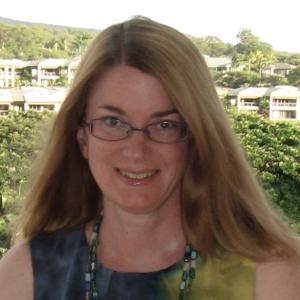 A member of the New England Conservatory Preparatory School faculty since 1998, Elizabeth Skavish teaches Piano, Piano Sight-reading and Piano Duo. Her students learn how to use a wide range of pianistic, artistic and intellectual tools to get to the center of their music. "I want them to own it!" By focusing on musical context, structure, and expression, she helps students to create fully dimensional performances, and a deep, working knowledge of styles from Bach to the composers of our time. Ms. Skavish's students have performed at Carnegie’s Weill Recital Hall, the German Cultural Center of New York and NEC's Jordan Hall, and have been recipients of NEC Prep’s Piano Department Award as well as prize winners in numerous competitions. Her students have gone on to further success at the Eastman School of Music, Harvard, Brown, Stanford, University of Chicago, McGill, Tufts, Carnegie-Mellon University, Westminster Choir College, and New York University. Ms. Skavish is a recipient of the University of Chicago Outstanding Educator Award for excellence in teaching and mentorship.

Ms. Skavish's local performance credits include solo, chamber and lecture-recital performances at Sanders Theatre, Shalin Liu Performance Center, First and Second Church, The French Library, The Boston Conservatory, Berklee College of Music, Harvard University, and Brandeis University. Outside the US, she has performed in Germany at the Marmorsaal of Schloss Pommersfelden, and in Canada at the Banff Centre for the Arts.

With recital repertoire ranging from Scarlatti to Scriabin, and Ginastera to Philip Glass, Ms. Skavish has performed in venues such as Blithewold Mansion in Bristol, Rhode Island, and Goodrich Chapel at Albion College, Michigan. As concerto soloist, she has performed Beethoven and Shostakovich Concerti, Liszt Totentanz, and Menotti Triple Concerto a Tre, with such orchestras as the Collegium Musicum Orchestra at Schloss Pommersfelden, the Ocean State Chamber Orchestra (RI), and the Orchestra of Indian Hill (MA).

Ms. Skavish has premiered more than 30 works by contemporary composers such as Michael Gandolfi, Marti Epstein, and John McDonald, and has worked with composers Chen Yi and Jan Swafford. A sought after collaborator, Ms. Skavish has concertized with Boston Musica Viva, Alea III, Boston Modern Orchestra Project, and the New Music Ensemble of Providence.

Her diverse performance experience also includes small ensemble works by Bartók and Stravinsky with Boston Ballet at the Wang Theatre, and concerts as solo pianist with the Festival Ballet of Rhode Island. An active orchestral pianist, Ms. Skavish has performed with the Portland Symphony Orchestra, Pro Arte Chamber Orchestra of Boston and the Rhode Island Philharmonic Orchestra, as well as with The Irish Tenors, and the rock band The Moody Blues.