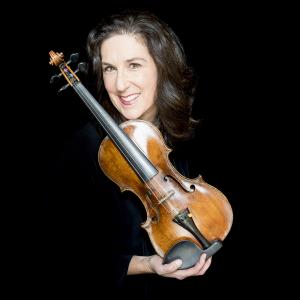 A member of the Boston Symphony since 1987, Bonnie Bewick occupies the Stephanie Morris Marryott and Franklin J. Marryott chair. She joined the New England Conservatory faculty in 2010.

Bewick studied violin with Paul Makanowitzky and Ruggiero Ricci at the University of Michigan in Ann Arbor, and with David Cerone and Aaron Rosand at the Curtis Institute of Music, where she received her bachelor's degree in music in 1986. Prior to joining the Boston Symphony Orchestra, Bewick won a position with the Columbus Symphony and participated in summer music festivals at Interlochen, Spoleto, the Colorado Philharmonic, and the Grand Tetons.

Bewick has made solo appearances with a number of West Coast orchestras, and with the Boston Pops under John Williams and Keith Lockhart as well as the New England Philharmonic and Cape Ann Symphony in New England.

While trained as a classical violinist, bringing the many forms of traditional and folk music to classical audiences has become her passion. Her newest venture, the group Classical Tangent, made up of BSO members and friends, has been enthusiastically received in concerts at Symphony Hall, around Boston, and in the Berkshires. Bewick also plays folk music with the group Childsplay and conducts orchestra audition seminars all over the country.