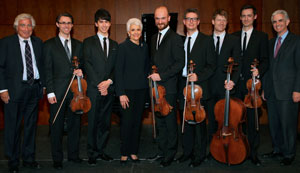 Announcement of the grants was made by the Program’s Chairman, Nathan Leventhal, along with Charles Avery Fisher and Nancy Fisher. This was followed by performances by the Career Grant recipients. Those performances were recorded for rebroadcast by Classical 105.9 FM ~ WQXR, with host Robert Sherman, to be aired on Wednesday, April 2, from 9 - 10 pm.

Up to five Avery Fisher Career Grants may be given each year and recipients must be U.S. citizens or permanent U.S. residents. Recipients are nominated by the Program's Recommendation Board, made up of nationally known instrumentalists, conductors, composers, music educators, managers and presenters. Final selections are made by the Program’s Executive Committee. 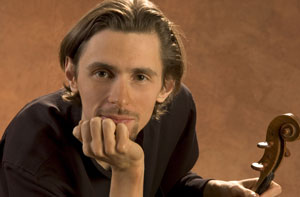 With repertoire extending from Bach to contemporary music by Ligeti, Kurtág and Sciarrino, Murrath is particularly keen on performing new works. He has taken part in the Park Lane Group New Year Series in London to great critical acclaim, as well as commissioned, given the world premieres, and recorded several solo works.

Murrath began his musical education at the Yehudi Menuhin School studying with Natalia Boyarsky, and went on to work in London with David Takeno at the Guildhall School of Music and Drama before coming to NEC where he graduated with an Artist Diploma as a student of Kim Kashkashian.

Murrath participates in Kashkashian’s Music for Food project, which raises awareness of the hunger problem faced by a large percent of the population, and gives the opportunity to experience the powerful role music can play as a catalyst for change. He is on the viola faculties of the New England Conservatory and Bowdoin International Music Festival. 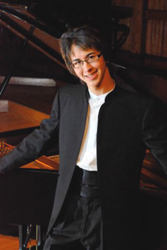 Winner of the prestigious 2010 Gilmore Young Artist Award, pianist Charlie Albright ’12  A.B. M.M. NEC/Harvard made his Washington DC and New York recital debuts to critical acclaim in the Young Concert Artists Series. This season Mr. Albright appears as soloist with the Edmonton Symphony Orchestra, in six-week and four-week tours of the Midwest through Allied Concerts; at the Vancouver Recital Society; and in Boston, continuing his three-recital series of Schubert sonatas at the Isabella Stewart Gardner Museum.

Over the past three seasons, Mr. Albright has appeared as soloist with the Boston Pops with conductor Keith Lockhart, the Seattle Symphony with conductor Gerard Schwarz, the Fort Smith, Hilton Head, Great Falls, Whatcom, Phoenix and Lansing Symphonies, and with Alondra de la Parra at the San Francisco Symphony, where he was re-engaged for their “Summer and the Symphony” concerts. Mr. Albright performed a recital at the Harvard Musical Society as recipient of the 2013 Arthur W. Foote Award. He has also been heard in recital at the Morgan Library & Museum, the Buffalo Chamber Music Society, the Krannert Center for the Performing Arts, the ShortGrass Music Festival, in Gilmore’s Rising Stars Series and at the Irving S. Gilmore International Keyboard Festival.

Albright has collaborated five times with cellist Yo-Yo Ma on special occasions, including the 10th anniversary remembrance of 9/11, performing Messiaen’s Quartet for the End of Time; a Harvard ceremony at which Senator Ted Kennedy received an honorary degree; commemorating the 60th anniversary of the Universal Declaration of Human Rights, honoring Nobel Laureate, Toni Morrison; at the Aspen Institute’s “Citizen Artistry” conference at the Danny Kaye Playhouse in New York; and with The Silk Road Project.

Mr. Albright was the youngest artist-in-residence on Performance Today last season, which included a week of performances and interviews. His debut CD “Vivace” was released by CAPC Music in February 2011, featuring works by Haydn, Menotti, Schumann- Liszt, Janáček, Chopin and Albright himself.

Born in Centralia, Washington, Mr. Albright earned an Associate of Science degree at Centralia College while in high school. In the Harvard College/New England Conservatory joint program, he completed his Bachelor’s degree in Pre-Med and Economics at Harvard in 2011 and a Master’s degree at the New England Conservatory in 2012 with Wha-Kyung Byun. He is currently studying with Yoheved Kaplinsky in the Artist Diploma program at The Juilliard School. 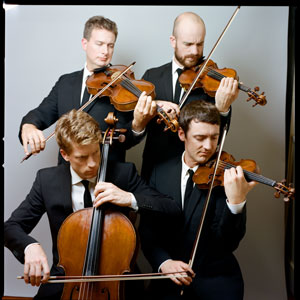 Violinist Andrew Bulbrook ’97 PREP (right top in photo) and violist Jonathan Moerschel ’97 PREP (left top in photo) both studied in the NEC Preparatory School. Bulbrook was a violin student of Sophie Vilker and the late Zinaida Gilels. Moerschel was a viola student of John Ziarko, who also studied violin with Valeria Vilker-Kuchment before switching to viola. They both played in a student chamber ensemble coached by the legendary BSO violist and member of the Kolisch Quartet Eugene Lehner. Both went to the Thornton School at the University of Southern California where the Calder Quartet was born in 1998.

For more information on the awards program, click here.

For further information, check the NEC Website at: http://necmusic.edu  or call the NEC Concert Line at 617-585-1122.  NEC’s Jordan Hall, Brown Hall, Williams Hall and the Keller Room are located at 30 Gainsborough St., corner of Huntington Ave. Pierce Hall is located at 241 St. Botolph St. between Gainsborough and Mass Ave.

The only conservatory in the United States designated a National Historic Landmark, NEC presents more than 900 free concerts each year. Many of these take place in Jordan Hall (which shares National Historic Landmark status with the school), world-renowned for its superb acoustics and beautifully restored interior. In addition to Jordan Hall, more than a dozen performance spaces of various sizes and configurations are utilized to meet the requirements of the unique range of music performed at NEC, from solo recitals to chamber music to orchestral programs to big band jazz, Contemporary Improvisation, and opera scenes. Every year, NEC’s opera studies department also presents two fully staged opera productions at the Cutler Majestic Theatre or Paramount Center in Boston, and a semi-staged performance in Jordan Hall. This past 2012-2013 season, the operas produced were Gluck’s Orfeo ed Euridice, Britten’s The Turn of the Screw, and Rossini’s La Gazzetta.