American baritone to be honored March 7

This Event has been cancelled due to Thomas Hampson's illness. 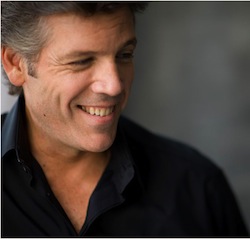 Baritone Thomas Hampson, recently honored as a Metropolitan Opera Guild “Met Mastersinger,” will receive an honorary Doctor of Music degree from New England Conservatory, March 7, 2014.  Presided over by President Tony Woodcock, the ceremony will take place during a masterclass Hampson will lead for voice and opera students at 4 pm in NEC’s Brown Hall. The event marks Hampson’s second visit to NEC in less than a year, the baritone having directed a Richard P. and Claire W. Morse Masterclass last April. This event is made possible by the Ruth S. Morse Fund for Visiting Scholars in Voice.

Praised by the New York Times for his “ceaseless curiosity” and one of the most respected, innovative, and sought-after soloists performing today, Hampson will travel to Boston between performances of the Metropolitan Opera’s Wozzeck, in which he is making his debut as the title character. Deborah Voight sings Marie in that production and James Levine conducts.

This season, Hampson also reprised his star turn in the title role of Simon Boccanegra at the Vienna State Opera, and revisited such signature parts as Amfortas in Parsifal at Lyric Opera of Chicago (as well as in concert with the National Symphony); Giorgio Germont in La Traviata at the Bavarian State Opera; Mandryka in Arabella at the Salzburg Festival; and Scarpia in Tosca in upcoming performances at London’s Royal Opera House.

In the concert hall, he opened the season in performances of Eisler’s Ernste Gesänge with Christian Thielemann and the Staatskapelle Dresden, and sangs Brahms, Schubert, and Wolf on a twelve-stop European tour with the Amsterdam Sinfonietta. Other orchestral collaborations include programs of arias and duets with Luca Pisaroni in Prague, Bratislava, Essen, Baden-Baden, and Paris, and selections from Des Knaben Wunderhorn with the BBC Scottish Symphony. The baritone takes his celebrated lieder recitals to London’s Wigmore Hall, the Leipzig Gewandhaus, and to Coburg, Heidelberg, Brussels, and Berne.

Hampson was recently inducted into the American Academy of Arts and Sciences and has won worldwide recognition for thoughtfully researched and creatively constructed programs that explore the rich repertoire of song in a wide range of styles, languages, and periods. Through the Hampsong Foundation, founded in 2003, he employs the art of song to promote intercultural dialogue and understanding. He is one of the most important interpreters of German Romantic song and with his celebrated “Song of America” project, a collaboration with the Library of Congress, he has become known as the “Ambassador of American song.”

The only conservatory in the United States designated a National Historic Landmark, NEC presents more than 900 free concerts each year. Many of these take place in Jordan Hall (which shares National Historic Landmark status with the school), world-renowned for its superb acoustics and beautifully restored interior. In addition to Jordan Hall, more than a dozen performance spaces of various sizes and configurations are utilized to meet the requirements of the unique range of music performed at NEC, from solo recitals to chamber music to orchestral programs to big band jazz, Contemporary Improvisation, and opera scenes. Every year, NEC’s opera studies department also presents two fully staged opera productions at the Cutler Majestic Theatre or Paramount Center in Boston, and a semi-staged performance in Jordan Hall. This past 2012-2013 season, the operas produced were Gluck’s Orfeo ed Euridice, Britten’s The Turn of the Screw, and Rossini’s La Gazzetta. The 2013-14 opera season includes Mozart's La Clemenza di Tito, Monteverdi's L'Incoronazione di Poppea, and Strauss' Die Fledermaus.