Festival Curated by Stephen Drury Features World Premiere Songs from Brecht: The Exception and the Rule

Wolff to be in Residence with NEC Students, Give Lectures

"No matter what we do...it ends by being melodic." --Christian Wolff to John Cage

Christian WolffNew England Conservatory will celebrate Christian Wolff, the last surviving member of the New York School of composers, in a six-day festival, March 12—18. Wolff, who along with John Cage, Morton Feldman and Earle Brown revolutionized music in the 20th century, will be in residence throughout the celebration, coaching students in his music and giving a lecture on his history working with Cage and Feldman. Wolff's longtime collaborator Keith Rowe, legendary improviser and member of the British free improvisation group AMM, will also join the concert festivities, and work with NEC students on Wolff's "open" scores. NEC faculty pianist Stephen Drury is the festival director. All events at NEC are free and open to the public.

The highlight of the week will be the world premiere of Wolff's Songs from Brecht: The Exception and the Rule, commissioned by the Callithumpian Consort, a loose aggregation of NEC students, alumni, and new music enthusiasts directed by Drury. The work will be given a dual debut with the concert version to be performed at NEC on March 17, and the fully-staged version, with Bertolt Brecht's texts, produced at the Isabella Stewart Gardner Museum on March 18.

Another recent work by Wolff, Quodlibet (2007), will be given its U.S. premiere. Music from Wolff's entire career, alongside classics of the 20th century, including works by John Cage, Morton Feldman, and Earle Brown, will be performed in a series of multiple nights of back-to-back concerts, providing a rich context for the scope of Wolff's compositional discoveries.

According to festival director Stephen Drury, Wolff has changed the way musicians across the spectrum think about composition and performance, jazz, rock, and hip hop. Most profoundly, Wolff has impacted how classical musicians interpret their own craft

Born in 1934 in France, the child of German parents, Wolff and his family moved to the United States in 1941. He became an American citizen in 1946. He studied classics at Harvard University (he is a specialist in the work of Euripides) and upon graduating took up a teaching post there which he kept until 1970. Subsequently, he began to teach classics, comparative literature, and music at Dartmouth College, following in the tradition of Charles Ives and Wallace Stevens who sustained two careers during their lifetimes. Since retiring from Dartmouth in 1999, Wolff has been more active than ever as a composer, fulfilling commissions, recording, and performing with his own ensembles and with the Merce Cunningham Dance Company. He has, to date, completed over 175 works for soloists, small and large chamber ensembles, orchestras, vocalists, and other music created for unspecified instrumentation. 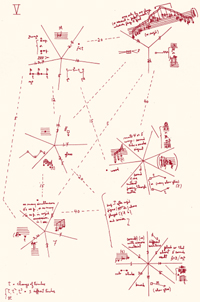 Chronological list of Wolff's works to be performed at NEC

Schedule of concerts and events during Wolff's residency